Mack Wilson was injured during training camp with a hyperextended knee, but the Cleveland Browns second-year linebacker is nearing his return and is eager to help his squad.

Wilson has a reputation for being active and vocal on social media and sent a message to the rest of the NFL with his return nearing.

“They can’t keep a beast behind the doors too long they’ll eventually have to let me out,” Wilson wrote. “Man bowing deeply. UNDERDAWG.”

They can’t keep a beast behind the doors too long they’ll eventually have to let me out.. 🙇🏾‍♂️

Wilson, a fifth-round pick in 2019, emerged as a key starter for the Browns during his rookie season. He stepped in for an injured Christian Kirksey beginning in Week 3 and finished the season with 14 starts, 77 tackles, an interception and a forced fumble. There were fears that Wilson could miss the season when he went down with the knee injury early in camp, but he’s ahead of schedule on a return. Wilson returned to practice this week and he’s listed as questionable for Week 3 against Washington.

“I have been working extremely hard every day, with treatment and doing the right thing so that I can come back,” Wilson said. “They were saying possibly six to eight weeks, so I was just telling myself every day ‘I am a warrior. I am built for this. I know I will be back sooner than six to eight weeks.’ So, that was my goal is to take it one day at a time, do everything they told me to do and now I am here today.”

Wilson wasn’t the only Browns player returning to practice this week. Defensive backs Greedy Williams and Kevin Johnson also returned after missing the start of the year.

Despite practicing, Williams is out against Washington, while Johnson will be a full go. Wilson’s return would be especially helpful with rookie linebacker Jacob Phillips — who picked up some of the reps in Wilson’s absence — out for the Week 3 matchup.

“Mack’s a highly competitive player,” Browns defensive coordinator Joe Woods told reporters this week. “He brings that toughness to the defense. When he’s out there, he’s going 100 miles per hour, and I think guys feed off that energy. I think getting him back in the fold will be critical for us defensively just because of what he brings to the entire team.”

Wilson had a similar take on his return.

“I feel like as far as me coming back, I am going to definitely try to bring some juice and do whatever I can to work my way back to playing and things like that. So, we will see how it goes,” Wilson said. 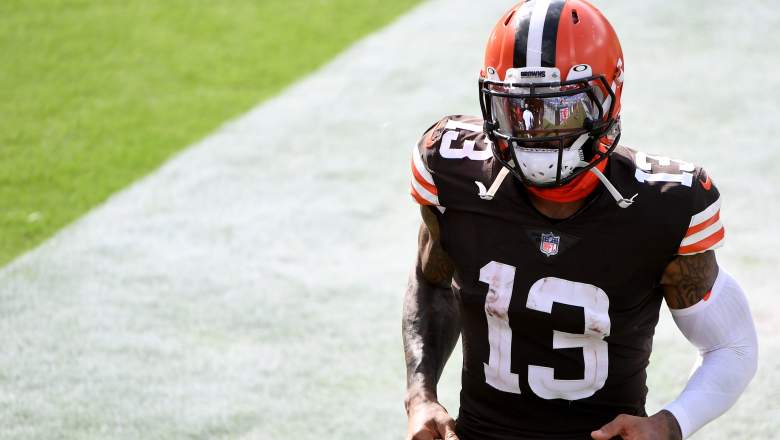 Both Cleveland and Washington are 1-1, but the Browns are a touchdown favorite for the Week 3 matchup.

After a big comeback win against the Eagles in Week 1, Washington didn’t have an answer for Arizona last week, falling 30-15 in a game that was out of reach heading into the fourth quarter.

The Browns have had extra time to prepare after playing last Thursday, when they beat the Bengals 35-30. Cleveland is 0-5 against the spread in their last five games.

Loading more stories
wpDiscuz
0
0
Would love your thoughts, please comment.x
()
x
| Reply
Mack Wilson is nearing his return and is eager to help the Cleveland Browns.