Before the NBA season was put on hold, the Los Angeles Lakers were surging as a top title contender behind LeBron James and Anthony Davis, reeling off a 49-14 record to lead the Western Conference.

On top of that, the Lakers had recently toppled their two biggest championship threats in the Los Angeles Clippers and Milwaukee Bucks and James was making a push for the MVP with some vintage performances.

But now with the season set to return with a unique 22-team format on a neutral court in Orlando, Florida, the Lakers — and other top teams — will loose the home-court advantage they had worked towards for 60-plus games.

However, there have been discussions between NBA executives to give teams with home-court advantage some extra perks for the postseason, according to Dave McMenamin of ESPN. Those include:

"The LA Lakers proposed these ideas to the league in an email… Why would they be looking for advantages if they think they’re the best team? Because they’re a little bit nervous about playing in a neutral site, playing under these unusual circumstances." — @RicBucher pic.twitter.com/D1yc5or8kE

The report from ESPN on the advantage proposals cited executives that “would have hosted first-round series” and quoted an anonymous Eastern Conference exec.

But FS1 NBA analyst Ric Bucher said the proposal came directly from the Lakers during an appearance on Speak for Yourself, saying L.A. is nervous to play on a neutral court.

“I started looking into this. This wasn’t the top seed getting together and coming up with ideas. You know who proposed these ideas? The LA Lakers proposed these ideas to the league in an email. I’ve talked to some of the other executives and they have said, ‘these haven’t even been discussed with us,'” Bucher said. “Why would they be looking for advantages if they think they’re the best team? Because they’re a little bit nervous about playing in a neutral site, playing under these unusual circumstances.” 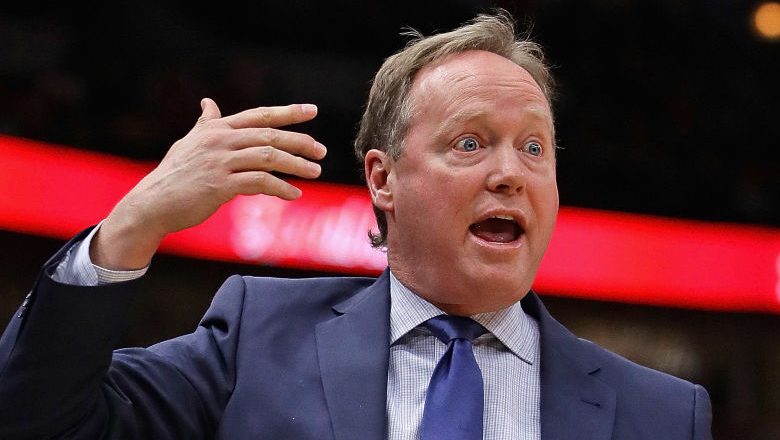 For what it’s worth, the Lakers were 26-6 away form Staples Center this season, although this setting will be completely different than a normal road game. However, while the Lakers will miss the comfy confines of their home court and the purple and gold clad fans, there’s no reason to think their game won’t travel to Florida.

The Bucks had the best record in the NBA when the season was put on hold and coach Mike Budenholzer has said he just wants games to resume, regardless of some new form of home-court advantage — although he’d welcome it.

“I’ve been just so hoping that we actually play the games, I don’t care if they even give us the home-court advantage,” Budenholzer told ESPN’s Golic and Wingo on Wednesday. “I’m like, just be sure we play. We’ve got to get to Orlando. We’ve got to have a chance to play for a championship in the playoffs.

Loading more stories
wpDiscuz
0
0
Would love your thoughts, please comment.x
()
x
| Reply
The Los Angeles Lakers were the ones to propose various home-court advantages and are nervous to play on a neutral court, per FS1 analyst Ric Bucher.