Jared Kushner, son-in-law of President Donald Trump, said that the NBA players were lucky to have the luxury to “take a night off from work” during their boycott of games on Wednesday and Thursday and that he’d be reaching out to Los Angeles Lakers star LeBron James about coming up with ideas for “actual action.”

The Milwaukee Bucks sparked the movement, deciding not to come out of the locker room for their Game 5 matchup on Wednesday against the Orlando Magic in protest against police brutality and systemic racism in America, specifically the shooting of Jacob Blake in Wisconsin.

The other teams on the schedule soon began to make similar decisions, including James’ Lakers. The players held what was described as a heated meeting inside the bubble on Wednesday evening discussing the future of the season, but voted on Thursday to continue the season.

Kushner’s polarizing comments came during an interview with Politico that aired on C-SPAN.

“I think it’s nice that they’re standing up for the issue, but I’d like to see them start moving into concrete solutions that are productive,” Kushner said. “President Trump and this White House are willing to work with them. We actually have policies and the ability to execute them. We have a track record of getting things done that actually improve people’s lives, unlike a lot of people who are claiming to be their saviors.

“Look, I think with the NBA, there’s a lot of activism, and I think that they’ve put a lot of slogans out. But I think what we need to do is turn that from slogans and signals to actual action that’s going to solve the problem.”

Kushner: NBA Players Fortunate to Take Night Off From Work 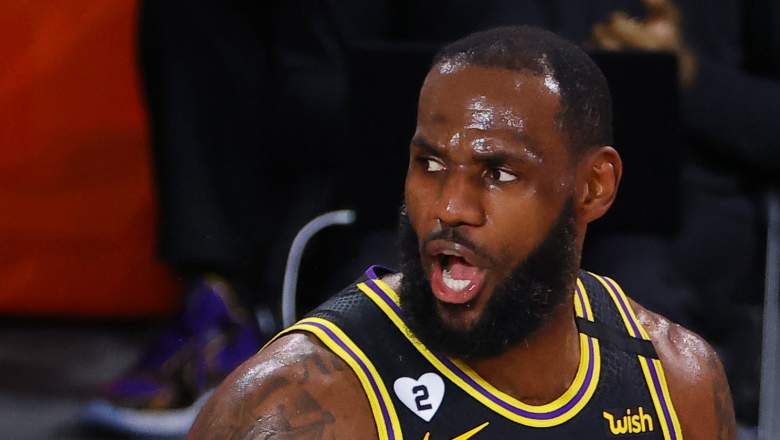 Kushner doubled-down on the take in an another interview with CNBC’s Squawk Box.

“I think that the NBA players are very fortunate that they have the financial position where they’re able to take a night off from work without having to have the consequences to themselves financially. So they have that luxury, which is great.”

"The NBA players are very fortunate that they have the financial position where they're able to take a night off from work without having to have the consequences to themselves financially," says White House senior advisor Jared Kushner on the NBA player boycotts last night. pic.twitter.com/nHlRBNIzaf

Kushner said he’d be reaching out to James on what a possible course of action could be.

“If LeBron James reached out to the White House, or we could reach out to him, we’re happy to talk with him and say, ‘Look, let’s both agree on what we want to accomplish and let’s come up with a common pathway to get there,’” Kushner said.

It seems unlikely James would follow that course of action, considering his recent comments on President Trump, who said he would be “turning off” the games.

“I really don’t think the basketball community are sad about losing his viewership, him viewing the game,” James said. “And that’s all I got to say.”

James response came after the president blasted the league’s players for taking a knee during the anthem.

James has been a force for change in many ways off the basketball court. Most notably, he helped create “More Than a Vote,” a nonprofit organization devoted to supporting Black voters, and opened the “I Promise School,” a public school in his native Akron, Ohio, for at-risk students. He issued a statement on Thursday.

Change doesn’t happen with just talk!! It happens with action and needs to happen NOW! For my @IPROMISESchool kids, kids and communities across the country, it’s on US to make a difference. Together. That's why your vote is @morethanavote ✊🏾 #BlackLivesMatter