The Los Angeles Lakers released some concerning injury news on LeBron James on Thursday, announcing that the 35-year-old would be missing their matchup with the Houston Rockets with a sore groin.

Most notable from the Lakers injury report today: LeBron James is out for tonight’s game against the Rockets.

James missed a career-high 27 games last season with a groin injury, which is what makes the injury designation a bit troublesome. But Before sounding the alarm bells, there are some reasons to believe the groin issue is not serious. First of all, the Lakers are on a back-to-back — the lone time they’ll have that situation in the bubble. Secondly, L.A. clinched the top seed in the Western Conference earlier in the week with a win against the Utah Jazz, so other than finding some offensive rhythm, the Lakers haven nothing to play for.

That being said, Lakers head coach Frank Vogel shared earlier in the week that he did not plan to rest his starters on the back-to-back.

“The plan right now is to play those guys,” Vogel said. “We still have a lot of areas to continue to improve before we feel like we’re ready to win games in the playoffs and to be at the level that we want to reach. So for us, we’re still in habit-building mode and continuing to just iron some things out. We’re not quite where we were, in my opinion, when the hiatus hit. So our mindset is to continue to play our guys and to get there.”

James is in Year 17 of his NBA career, and while he is still capable of his MVP-level of play, there are concerns about wear in tear considering how many games he’s played in his career. James has played more than 1,500 games in his career — 1,262 in the regular season and 239 in the playoffs.

Before the season restarted James talked about how the hiatus might have an affect on his body.

“When you’ve been building six months of conditioning and preparation and then (it’s gone), the narrative that I don’t like (is), ‘Well, now guys get so much rest.’ Or, like, ‘LeBron, he’s 35, he’s got so many minutes on his body, now he gets so much rest,’” James said on the Road Trippin’ Podcast hosted by former Cleveland Cavaliers teammates Richard Jefferson and Channing Frye (h/t ESPN). “It’s actually the opposite for me because my body, when we stopped playing, was asking me, like, ‘What the hell are you doing?’ 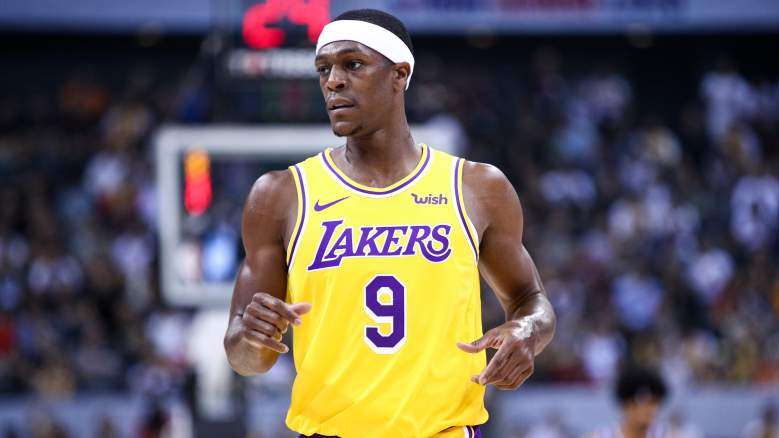 Veteran guard Rajon Rondo fractured his thumb during a practice early on in the bubble. His timeline was set at six to eight weeks, with Vogel assuming the veteran guard would be back in action around the second round of the playoffs.

“He’s definitely going to come back into the bubble very soon,” head coach Frank Vogel told reporters Tuesday. “I I think he’s making his way to Florida tomorrow and will spend a certain period of time outside of the bubble before he’s reintegrated inside of the bubble.”

Rondo averaged 20.5 minutes per game this season — the lowest of his career. However, he’s found a way to be a contributor with 7.1 points, five assists and three rebounds per game.

READ NEXT: Browns Key Defensive Veteran Opts Out of Season

Loading more stories
wpDiscuz
0
0
Would love your thoughts, please comment.x
()
x
| Reply
The Los Angeles Lakers released some concerning injury news on LeBron James on Thursday ahead of a matchup with the Houston Rockets.