There was much speculation that the Los Angeles Lakers could change their starting lineup against the Portland Trail Blazers on Thursday evening after dropping Game 1.

LeBron, KCP, Green, AD and McGee will start again in Game 2. Rajon Rondo will remain inactive tonight. “He’s gotta get his legs under him,” said Vogel.

Kyle Kuzma will come off the bench again, but if his number is called, he’ll be ready.

“Me being confident, I’m saying yes,” Kuzma said of being a starter. “But I’m not the coach. I’m just a player, so I just kind of do whatever they ask me to do. That’s my job: just starring my role, playing with effort and enthusiasm, and if they call on me to start, then obviously, you’ve seen what I’ve done and what I do. I just come in and try to be myself, play fun and play free-spirited.”

When Kuzma starts, he averages more than 20 points per game and has looked like the third option the Lakers imagined this season. However, most of the time he’s been inserted into the starting five meant either LeBron James, Anthony Davis or someone else from the normal unit is injured. So there are question about how his usage would look playing with those guys. Kuzma had 14 points in Game 1, going 4-of-14 from the field in 30 minutes.

The Lakers had a miserable showing in their Game 1 loss, most notably from starters Caldwell-Pope and Green. The duo combined for 11 points in the contest, shooting a combined 2-13 on 3-pointers. As a team, the Lakers shot 15.6 percent from beyond the arc and 35.1 percent for the game.

“Defense wasn’t the issue,” Green said. “Offensively we’ve got to get back to ourselves, find our rhythm, push the pace, make our open shots. We’re getting a couple open ones, could probably get some more, but making open shots — myself included especially — I’ve got to do a better job staying out of foul trouble so I can keep a rhythm.”

Vogel said he’ll be re-evaluating the situation from game-to-game.

“It’s appropriate when needed and in any series with any team, it would be something that I consider and evaluate based on a certain matchup,” he said. “The way you started throughout the course of a season isn’t always how you stay throughout a seven-game series. But as a 1-seed and the team with the best record in the West, I have confidence in the lineup that we have. But, you know, we’ll continue to evaluate all of that stuff game to game, just like we would in any playoff series.” 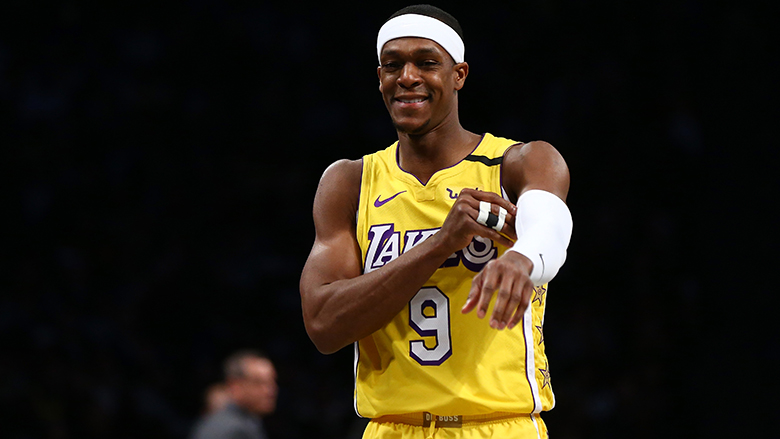 The Lakers were hoping to have a key piece of their rotation back with veteran guard Rajon Rondo looking to make an early return from a broken thumb. Rondo was listed as questionable for Game 2, with Vogel calling him 50-50 to play, but is officially out for the contest.

Frank Vogel says he will keep the same starting lineup and that Rajon Rondo is inactive for Game 2 vs. POR

Rondo’s presence is needed against a Blazers’ backcourt that includes Damian Lillard and CJ McCollum.

“Anytime you have somebody who has the ability to create like Rondo does, that helps your offense,” Vogel said on Wednesday. “Certainly Rondo would help everything we do.”

Loading more stories
wpDiscuz
0
0
Would love your thoughts, please comment.x
()
x
| Reply
There is much speculation that the Los Angeles Lakers could change their starting lineup against the Portland Trail Blazers on Thursday evening after dropping Game 1.