There was only one player on the Los Angeles Lakers who could claim to be a back-to-back champion this season and that was veteran guard Danny Green, who won in 2019 with the Toronto Raptors.

Green is hoping to make it three in a row, with the Lakers installed as the title favorite next season, and is bullish on their potential to do so.

“We’re barely scratching the surface of how great this team could be,” Green said on the latest episode of Inside the Green Room. “Offensively we are so talented. We have so many guys that can do so many things. It was hard for the coaching staff to figure out who to put where and to keep co-existing. And obviously, you have LeBron and AD. Those guys are efficient scorers, why wouldn’t you give it to them every time, as much as you can? We can do a better job of figuring out how to work around them.

“Defensively, we have monsters inside the paint with JaVale, Dwight and AD, and outside we have so many guards that can guard the ball and make things happen. If our offense reaches that level we can definitely repeat and will have not a problem doing it if we play that well.”

The Lakers have a bevy of decisions to make this offseason and multiple players — including Anthony Davis, Kentavious Caldwell-Pope and Rajon Rondo — have already opted-out of their options.

Green will be entering his 12th season as a pro, so he’s seen a lot during his NBA career when it comes to contracts and rosters turning over. While it’d be great to run it back in search of a repeat, he knows how those decisions go. After all, he left Toronto last offseason after winning a title to sign with the Lakers.

“It’s tough man. At the end of the day, it’s a business. It’s a sticky business at times. But at this point in their careers, most guys I think just want to win and a lot of them want to run it back,” Green said on the show. “We are trying to figure out a way to come back. But if there are teams that out there that give them an offer they can’t refuse, it’s hard not to take those offers. I respect it and understand it if you have to go elsewhere for you or your family, to thrive in your career, or to make more money — I get it.”

Green has one more year left on his $30 million deal he signed last offseason, but has been involved in speculation when it comes to trade rumors. 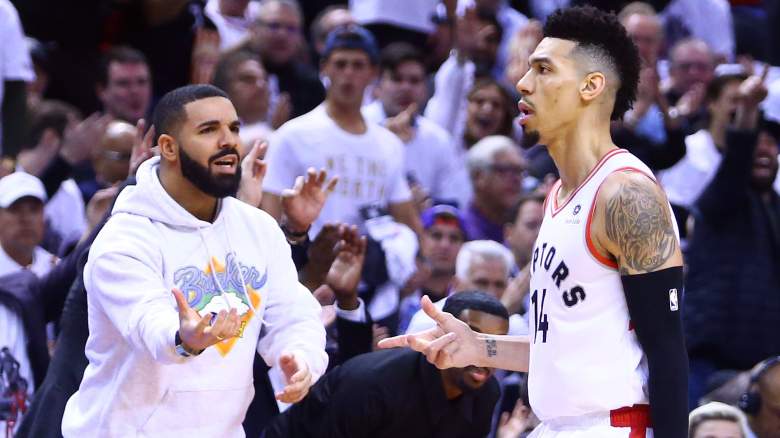 The celebration has been ongoing for the Lakers, but one of the first people to celebrate with Green was Drake — his old pal from Toronto. Lakers legendary assistant Phil Handy — who was also in Toronto last season — shared that the “6 God” called during the celebration and they were able to FaceTime.

“I got a text from somebody with like a 647-number and I checked and asked who is this? He wrote back, ‘It’s Drizzy,’” Handy said with a laugh. “We sat there and chopped it up with the 6 God. That was a little unique this year.”

“Shooting the s— a little bit, talking about back-to-back,” Green added. “It was dope to talk to him and he congratulated us and all that. We are still waiting to get back to the city to get our Toronto ring. It’s crazy that we’ll get out LA ring before we get our Toronto ring.”

Loading more stories
wpDiscuz
0
0
Would love your thoughts, please comment.x
()
x
| Reply
Veteran guard Danny Green thinks the Lakers are just scratching the surface of what they can be and is bullish on a title repeat.