Getty Goran Dragic #7 of the Miami Heat reacts during the fourth quarter against the Boston Celtics in Game Two of the Eastern Conference Finals during the 2020 NBA Playoffs at AdventHealth Arena on September 17, 2020.

Fans of the Miami Heat had to deal with one sad exit amidst a summer filled with so many free agent arrivals, there was one departure that hurt many.  If there was one name that Heat fans became enamored with in the post-Big Three era, was Goran Dragić.

Now a video post of him training in the Heat’s workout facility.  The 35-year-old guard was seen in said post running around the three-point line, getting up shots one-on-one with his own trainer. Obviously, there was a great deal of speculation that was generated as soon as this came to light.

This sentiment is even stronger knowing the complications that the Heat have due to injuries and safety protocols.  These factors were vital in seeing their midweek game against the Spurs be cancelled and the possibility of only having eight players available for their game on Friday against the Houston Rockets before they signed three players including familiar faces like G-League player Chris Silva and two-time NBA champ Mario Chalmers to 10-day contracts.

Goran is not with the Toronto Raptors due to “personal reasons” since November and he is now looking to be ready for the next phase of his career. Amongst the comments in that post there were some that would say, “The 305 misses you, but glad to see you working out in your second home. #HeatFamily“.

Dragic Never Hid His Affection For The Heat Despite Having Left 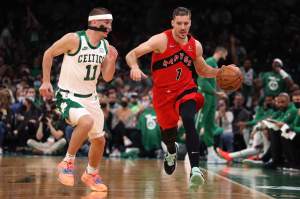 Despite him leaving South Florida to head North of the Border, the former Heater stilled showed his affection for the team and the fanbase that considered him one of his favorites.

His arrival in Toronto was not the smoothest of landings and it became apparent that he did not want to be there.  His initial statement put him behind the eight-ball there.

“I love basketball; I love to play, and I’m going to give 100% wherever I play. Right now, I’m [with] Toronto, and that’s my main thing to think about.”

It also did not help that he was training and giving interviews in Toronto while wearing “L3GACY” and “Heat Culture” shirts.

After apologizing for saying he didn’t want to play in Toronto while wearing a Heat Culture shirt, Goran Dragic is in the gym today wearing…a Miami Heat shirt. Goddamn I love you, Gogi.

Those gave the indication that he wanted out of the team as soon as he arrived, a few months later saw their speculations be vindicated when the team announced that he would be stepping aside.

During his five games for the Raptors this season, Dragić averaged eight points, 2.8 rebounds and 1.8 assists in 18 minutes per game.

Would He Return To The Heat? 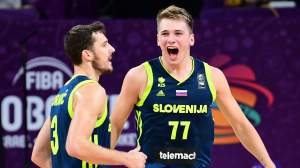 Regardless of how he feels about his former team, any illusions of a possible reunion will not be able to overcome the reality of his contractual situation with the Toronto Raptors. The main scenarios would see Dragic leaving being quite the seductive option for many teams at the NBA’s trade deadline.  This, of course, if the Raptors need to use his $19.4 million salary to facilitate a trade.

The other option is to see a possible buyout situation once the deadline does pass.  Could that be something appealing to Miami?  At this moment, probably not knowing that his salary would complicate their current cap situation.  Now, he could be able to return to Miami during the off-season, but at 35 would he be willing to sit out that much time just to be on the team that would have him as a role player off the bench?

Right now, the odds-on favorites to get him would probably end up being the Dallas Mavericks as he would love to play alongside Luka Doncić.  He has a personal relationship with the former Real Madrid star as he knows him from the time he was a kid.  He is a teammate of Doncić’s (as well as his father’s) on the Slovenian national team, winning European championships with both of them.