Getty George Iloka was re-signed by the Vikings on Thursday, Sept. 17.

The Vikings-George Iloka experiment could see another trial soon.

In 2018, the Vikings jumped at the opportunity to introduce former Bengals safety to the fold, signing the veteran safety a week after his release.  Iloka didn’t make much of an impression that year and was released. He had a short stint with the Cowboys in the 2019 offseason but didn’t make the final roster.

On Friday, the Vikings had Iloka in for a tryout as the team is still in search for more depth at safety following the signing of third-year safety Steven Parker, who played for the Dolphins the past two seasons.

Also, the #Vikings worked out old friend George Iloka. No immediate signing, but could revisit closer to the season. https://t.co/txopLmhcWR

Beyond Parker, the Vikings only have three rookies on the roster back up starters Anthony Harris and Harrison Smith: sixth-rounder Josh Metellus (Michigan) and seventh-rounder Brian Cole II (Mississippi State) and undrafted Myles Dorn (North Carolina). Second-year defensive back Nate Meadors has also been getting reps at safety — he is officially rostered as a cornerback.

Iloka, 30, played two years for Zimmer before his former defensive coordinator’s departure to take the helm of the Vikings. It’s clear Zimmer favors Iloka after bringing him in after his release in 2019 and subsequent year-off.

Although he was dressed for all 16 games in 2018, Iloka played only 116 defensive snaps and was largely a special teams player. He replaced Andrew Sendejo following a groin injury in Week 5 that landed him on the Vikings’ injured reserve list for the rest of the season. Iloka started in the following three games before Anthony Harris took the starting role and ran with it.

Before 2018, Iloka was a bonafide starter with the Bengals. He started in 76 games from 2013 to 2017, missing six games in 2015 due to a groin injury. Iloka’s first year starting with Zimmer in 2013 established the safety, playing a hand in four turnovers and totaling 66 combined tackles as a disruptive strong safety.

He averaged two interceptions the following years, leading to his best season in 2017 when he allowed a 68.4 passer rating in coverage.

What Iloka Could Offer 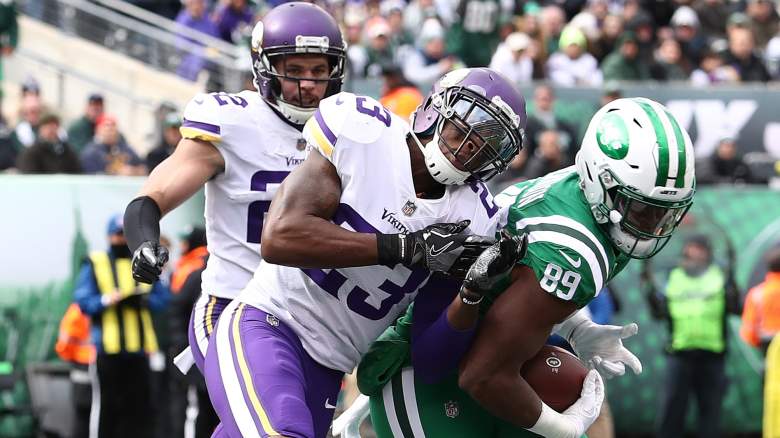 GettyIloka could bring much more than just depth to the Vikings secondary.

Iloka, standing 6-foot-4, was touted a versatile weapon to pair with Smith when he was acquired in 2018 as he switched to free safety in 2016. He proved to be a hard-hitting box safety and able to patrol the top of the defense in coverage. Harris made a strong case as a true free safety, but the addition of Iloka could give the Vikings flexibility in giving the top of the defense a variety of looks.

While the Vikings have a crowded safety group, the pandemic season has increased demand for veteran players, especially early in the seasons as the rookies play catch-up after missing minicamps this spring.

Iloka may not see the field much as the fourth safety on the depth chart but could play a similar role he did in 2018 by being a serviceable replacement in the event of an injury.

That would leave room for one more safety on the 53-man roster. Meadors and Parker have been practicing with the second team. If Meadors returns to cornerback and Iloka is signed, that’d leave Mettellus as the favorite to take the fifth roster spot, although no rookie has emerged in the first week of training camp.

Loading more stories
wpDiscuz
0
0
Would love your thoughts, please comment.x
()
x
| Reply
Former Bengals safety George Iloka was brought into Vikings training camp for a try out after he played with the team in 2018.