Getty Mackensie Alexander was arrested on Tuesday for battery after he assaulted a man linked to the disappearance of his immigrant father.

Former Vikings second-round cornerback Mackensie Alexander will appear in court on Wednesday after he was charged with battery following the disappearance of his father, the Associated Press reported.

Alexander, 26, who joined the Bengals this offseason, left team practice on Tuesday to help in the search of his 65-year-old father, Jean Alexandre, who is a Haitian immigrant, who went missing on a berry-picking trip. Alexander and 28-year-old Ervins Clement were arrested by Collier County Sheriff’s Department Tuesday night not long after Alexander arrived back to his hometown Immokalee, a small farming community in southwest Florida.

Alexandre had driven 80 miles with another man to pick palmetto berries in Okeechobee County and that man left him behind, according to deputies. Alexander and Clement went to the home of the man he’s accused of assaulting “to discuss a previous incident,” Alexander’s criminal complaint read.

Alexander Tried to Recruit the Man to Search For His Father, Then Punched Him In the Face 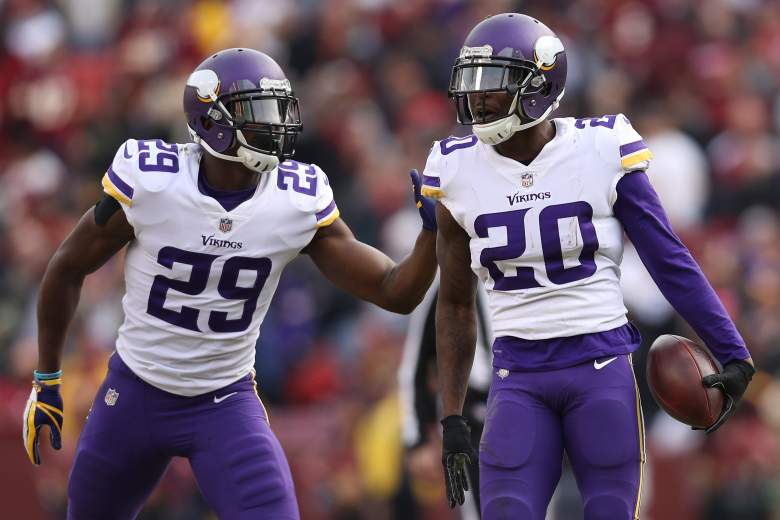 The police report said that Alexander tried to convince the man to go with him to retrace their steps in search of his father, but the man refused, saying he was scared of retaliation. The man told deputies that Alexander threatened to get a gun from his car, and when he still refused to go with them, the victim said Clement grabbed him and Alexander began punching his face.

Alexander and Clement fled when they heard sirens approaching but were arrested shortly after, per the report.

“This is a very, very concerned son,” attorneys Brian Pakett and Stacey Richman told AllBengals. “He loves his father and that’s what this is about. That is his sole concern in the matter is the well-being of his father. He’s been fully cooperative with the police.”

“We recognize that this is an emotional and frightening time for the family and friends of Jean Odney Alexandre. However, everyone must act within the law,” sheriff’s spokeswoman Michelle Batten said in a statement.

Vikings safety Anthony Harris offered supportive words for Alexander while the Vikings have the day off on Wednesday. The Vikings’ Twitter account retweeted Harris’ statement.

Prayers for @MackAlexander20 missing father. I hope he’s found soon and safely and may everything be cleared up.

ESPN produced a documentary about Alexander and his family in 2016. “Gift from the Groves,” centered around his upbringing in Immokalee where his parents were pickers in orange, squash and pepper fields in fields for $300 a week combined. Alexander and his twin brother also worked in the orange fields on weekends after they turned 10.

Alexander appeared in court on Wednesday and was released on a $2,000 bond. His father was found on Thursday morning after he walked up to a ranger station at Kissimmee Prairie Preserve State Park, according to the Okeechobee County Sheriff’s Office.

After starring at Immokalee High School, Alexander went to Clemson and was drafted in the second round of the 2016 NFL Draft. After a turbulent four seasons, coach Mike Zimmer said Alexander had “turned a corner as far as coaching and believing in the system.” He had 21 pass breakups and two interceptions in the past three seasons and was considering a top slot corner in the league.

Reaching free agency this offseason, the cap-strapped Vikings did not re-sign Alexander, who eventually joined the Bengals along with ex-Vikings first-rounder Trae Waynes.

Waynes recently suffered a pectoral injury that could leave him missing the first two months of the season. This will likely hurt the value of the compensatory pick the Vikings will receive from releasing Waynes.

Loading more stories
wpDiscuz
0
0
Would love your thoughts, please comment.x
()
x
| Reply
Mackensie Alexander was arrested on Tuesday for battery after he assaulted a man linked to the disappearance of his immigrant father.