Getty The Chargers could use a left tackle in Riley Reiff.

The Vikings have done magic in retooling a roster that lost seven starters this offseason with limited cap space.

But following making a splash by acquiring ex-Jaguars defensive end Yannick Ngakoue in a trade, the Vikings now have virtually zero funds and several contracts to renegotiate, including Dalvin Cook who has remained active in team practices despite an ongoing tug-of-war with his camp and the Vikings.

The biggest candidate to either be waived or take a pay cut this offseason to create more cap space has been left tackle Riley Reiff. On Sunday, the Vikings gave him an ultimatum just 14 days before their season opener against the Packers.

Set to make $13.2 million this season, Reiff is the Vikings’ second highest-paid player on the Vikings roster as the insurance policy to Kirk Cousins.

Following the news of the Ngakoue trade, ESPN’s Courtney Cronin reported that the “Vikings did indeed go to Riley Reiff yesterday in an attempt to restructure his contract. Reiff did not practice (Sunday). I’m hearing they gave him the day to think it over before they would opt to release him and save $8 million.”

Because his release would occur after June 1, the Vikings would eat only $2.2 million of dead cap — a price the Vikings may be willing to absorb if Reiff does not agree to restructure, saving nearly $11 million in cap space, per Chris Tomasson.  Sources told Cronin that Reiff would not be at practice on Monday as well but was in the building that morning.

“It sounds like the Vikings have given him a deadline of tomorrow to decide whether he’ll take a restructured deal or be released,” Cronin tweeted.

During Reiff’s three years with the team, Pro Football Focus has ranked him 38th (of 57), 23rd (of 62) and 26th (of 60). He has been the epitome of an average tackle in the league while he enters the 2020 season as the 14th highest-paid player at his position, per Sportrac.

Mike Florio reported that Reiff has told teammates he expects to be cut.

Continuity on the Offensive Line 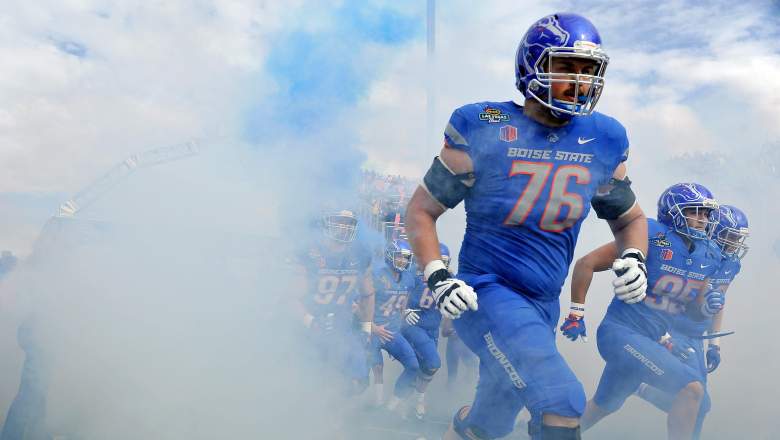 The Vikings starting offensive line was otherwise sealed with Reiff as a veteran bookend to protect Cousins’ blindside before the Vikings approached Reiff to restructure.

Reiff, who played right tackle before joining the Vikings, is one of four returning starters on the offensive line including right tackle Brian O’Neill, center Garrett Bradbury and Pat Elflein — who is taking Josh Kline’s spot at right guard this season. Dakota Dozier is a near-lock at left guard.

But after weeks of tinkering with the line in training camp, it could be reshuffled in the event Reiff is waived.

In Sunday’s practice, Brian O’Neill took reps at first-team left tackle with Reiff gone and backup Rashod Hill sidelined since Friday. Oli Udoh moved up to right tackle, while rookie Ezra Cleveland, drafted in the second round to succeed Reiff at left tackle eventually, remained on the second-team line as a guard.

Cleveland could challenge for a spot on the offensive line in his first year but has been hindered by no rookie OTAs, no preseason games and a less hands-on offseason at a position that’s ultimately a grappling match.

An announcement regarding Reiff will likely come on early Tuesday. Reiff’s restructuring may be the last opportunity for Cook’s agents to get him a better deal than the $1.3 million salary he’s set to earn this season.