Getty Vikings linebacker Eric Kendricks could have a tough time adjusting to a 3-4 defensive scheme.

The Vikings suffered a miserable 28-11 loss to the Indianapolis Colts on Sunday, partially a result of a depleted linebacker corps following a shoulder injury Pro Bowler Anthony Barr suffered.

Near the end of the first quarter, Barr was sidelined and declared doubtful to return to the game, although how his injury happened remains unknown. Vikings coach Mike Zimmer touched on his injury in the team’s post-game press conference.

Rookie linebacker Troy Dye also suffered an injury in the loss as the Vikings were limited to starters Eric Kendricks, Eric Wilson and backup Ryan Connelly, who was acquired this offseason after the Giants dropped him during final roster cuts.

Veteran safety Anthony Harris said in the post-game press conference that Barr is “a good talent — big communicator for us. Him leaving the game we have to make quick adjustments. Next man up and the guy who steps in has to be ready to go.”

If Barr and Dye miss next week the Vikings will likely need to call up Hardy Nickerson Jr. from the practice squad and get creative in backing up the linebacker group beyond their four healthy linebackers within the franchise.

Zimmer expressed his frustration in his team’s problematic execution, including committing penalties on third down and struggling to possess the ball.

“The identity of this team is not what it has been for the last six years,” he said. “We didn’t make enough plays defensively. We’re going to have to get a lot better quickly.”

The Vikings struggled against the run, giving up 151 total rushing yards to the Colts, including 101 yards from rookie running back Johnathon Taylor. Phillip Rivers was held relatively in check, completing 19 of 25 passes for 214 yards, a touchdown and an interception.

Third-string tight end Mo Alie-Cox was the menace against the Vikings pass defense, catching five of six targets for 111 yards. He had three catches for 20 or more yards, including a 27-yard catch that set up the Colts’ touchdown to open the fourth quarter and extend the lead to 22 points. 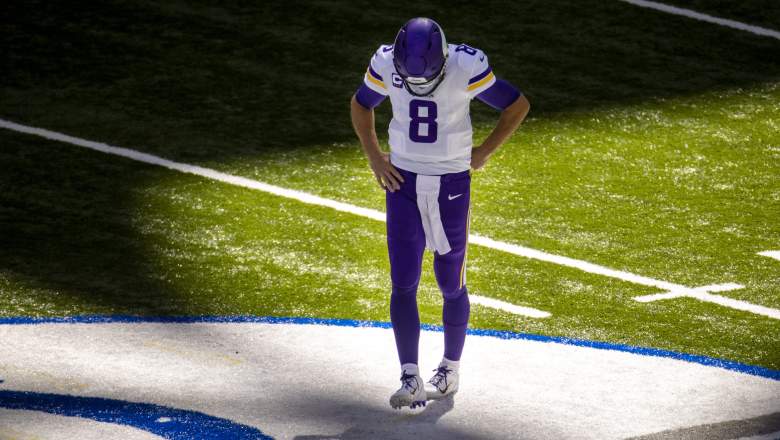 Kirk Cousins had a 0.0 passer rating through three quarters of the Vikings’ loss.

After starting the game with a 13-play, 60-yard drive that was capped by a field goal in the first quarter, the Vikings offense was stymied by the Colts.

After two three-and-outs to start the second quarter, Kirk Cousins surrendered his third sack in as many regular-season games dating back to 2019, which was just the tip of the iceberg for the Vikings offensive woes.

The offense, built to possess the ball and sustain long drives, lost the time of possession battle 38:25-21:35. Dalvin Cook had 14 carries for 63 yards and a touchdown.

Loading more stories
wpDiscuz
0
0
Would love your thoughts, please comment.x
()
x
| Reply
The Vikings lost their 4x Pro Bowl linebacker in the first quarter of their loss to the Colts.