The Vikings defensive line woes may be far from over, but the team did take some measures to remedy the current situation.

Losing starting nose tackle Michael Pierce for the season and Pro Bowl defensive end Danielle Hunter at least until Week 4, the Vikings brought in a pair of big-bodied defensive ends who could address depth at either position.

Breeland Speaks, a former second-round pick by the Chiefs, and ex-Bears undrafted rookie free agent Abdullah Anderson both visited the Vikings on Wednesday, per the league wire.

The Vikings struggled to pressure Aaron Rodgers in a loss to the Packers last Sunday, producing just four pressures and zero sacks. 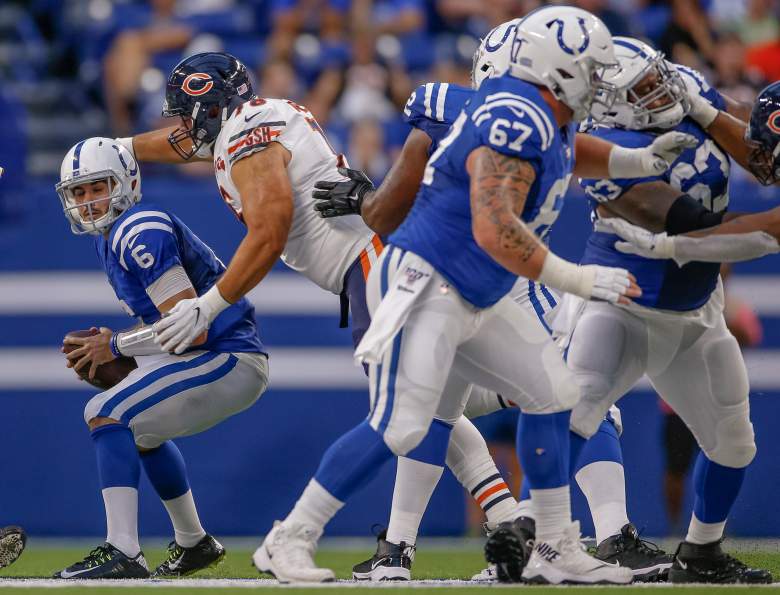 Speaks was the No. 46 overall pick of the 2018 draft and had an impressive rookie season with the Chiefs. He played in all 16 games, starting in four, and tallied 24 tackles, 1.5 sacks, one forced fumble, two fumble recoveries, eight QB hits and 22 pressures. Speaks suffered a knee injury during the 2019 preseason and underwent surgery for a torn MCL and damaged meniscus, ending his season.

Speaks was given a four-game suspension for a substance-abuse violation. He was a full-participant in Chiefs training camp in the offseason but was among the final roster cuts two weeks ago. Speaks, like most of the Vikings defensive linemen, is built like a hybrid defensive end/tackle, standing 6-foot-3 and 285 pounds and likely taken a step back following his surgery and being cut by the Chiefs.

Anderson was undrafted in 2018 and picked up by the Bears. He spent two years on the practice squad but was elevated to the active roster several times, playing in six-regular season games in his two-year career so far.

Though lacking in experience compared to Speaks, Anderson does fit the mold of a run-stuffer at 297 pounds, although it’s unclear whether the Vikings are seeking more depth at tackle or defensive end.

Defensive Line Wasn’t the Root of the Problem Against Packers

While the stat sheet showed the lack of quarterback pressure was a glaring issue in last Sunday’s loss to the Packers, the defensive line wasn’t the sole root of the problem.

“He’s already in shotgun, he’s taking one step and he’s throwing it. So what’s got to happen is, we’ve got to be tighter in coverage to make him pull the ball down to give the rush a chance to get there,” Patterson said. “That’s why pass rush and coverage work hand in hand.”

Phillip Rivers, another veteran quarterback who thrives on releasing the ball quick, will play behind one of the league’s top offensive lines with the Colts, but the Colts wide receivers present a much easier matchup for the Vikings corners who hope to lock up early and prevent a repeat of what happened last Sunday to occur in Indianapolis.