Getty Haha Clinton-Dix could be the answer to the Vikings' concerns of depth at safety.

While boasting the top safety tandem in the league, the Vikings’ depth beyond Harrison Smith and Anthony Harris was so abysmal the team started from scratch, cutting every safety under the duo on Saturday.

The future of rookies Josh Metellus, a seventh-round pick from Michigan, Myles Dorn, undrafted out of North Carolina, Nate Meadors, who switched from cornerback to safety in training camp, and ex-Dolphins veteran Steven Parker is yet to be determined.

A few could make it back on the practice squad, but amid 31 other teams’ roster moves could be gold. It’d be wise for the Vikings to entertain an offer to a familiar foe in the Vikings fans’ lexicon — former Packers safety Haha Clinton-Dix.

Cut By the Cowboys

Clinton-Dix was cut by the Cowboys on Thursday even after the team had signed him to a $4 million single-year contract — a move that came as a surprise given his relationship with Cowboys coach Mike McCarthy.

Back in Green Bay, McCarthy drafted Clinton-Dix No. 21 overall in the 2014 NFL Draft. He’s made 351 combined tackles (275 solo), 25 pass breakups, 14 interceptions and eight quarterback hits in 71 games and 65 starts for the Packers. Clinton-Dix tallied 80 tackles, five interceptions and seven pass deflections to earn Pro Bowl and second-team All-Pro honors in 2016.

Since then, Clinton-Dix has been a journeyman in the league.

He was traded midway through the 2018 season to Washington before signing a one-year deal with the Bears last season as a free safety. Clinton-Dix started all 16 games in 2019 and put up impressive numbers in arguably his best season since 2016: two interceptions (one for a pick-six), two fumble recoveries and 78 combined tackles.

Clinton-Dix was a cap casualty and released by the Bears this offseason before he was signed to the Cowboys for a brief stint. His versatility could be the answer for the Vikings who are looking for veteran depth at safety at a discount.

George Iloka Staying in the Fold 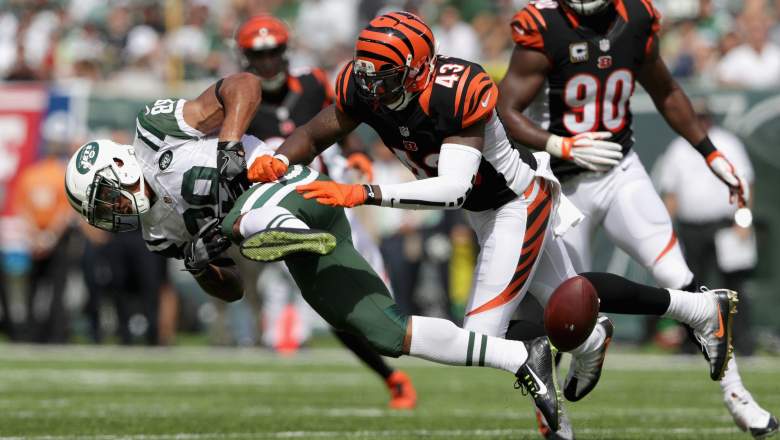 GettyFormer Bengals safety George Iloka was brought into Vikings training camp for a try out after he played with the team in 2018.

The Pioneer Press’ Chris Tomasson reported that a source believes former Bengals safety George Iloka is “still in the mix for a possible roster spot.”

Iloka worked out with the Vikings in August — likely to see if he’s still in shape after missing a season of action. The veteran safety knows coach Mike Zimmer’s system from his time with the Bengals and season with the Vikings in 2018 and has experience playing both free safety and in the box.

The Vikings currently have $6.3 million in cap space, per Over The Cap, and could easily afford Iloka, while Clinton-Dix would be a pricier acquisition given the lack of playing time he would see as the team’s third safety.

Loading more stories
wpDiscuz
0
0
Would love your thoughts, please comment.x
()
x
| Reply
The Vikings are bare at safety and need a backup before next Sunday's season opener.