The Vikings have cleaned house, cutting 26 players since Wednesday — 24 of which were released on Saturday ahead of the 53-man roster deadline.

Amid 31 other teams’ hustle to draft their first 53-man rosters, the Vikings are likely to pick up a few players after some perplexing decisions that aren’t encouraging the Vikings have solidified their 2020 roster just yet.

Alexander Hollins, who dazzled throughout training camp was waived but is expected to be on the practice squad if he is not claimed off waivers by another team. What’s of more intrigue is who is expected to make it in the wide receiver room after Hollins was projected to make the 53-man roster.

The Vikings have also released rookie safeties Josh Metellus, Myles Dorn and veteran Steven Parker, who the team signed during training camp. Nate Meadors was one of the final players released on Saturday. He had a timeshare between cornerback and safety at training camp as it’s likely the Vikings will go shopping for more depth at safety this weekend with only Harrison Smith and Anthony Harris rostered.

Offensive guard Aviante Collins was also waived despite competition for a starting spot on the offensive line with Dakota Dozier. It’s yet to be known if he is a candidate for the practice squad. 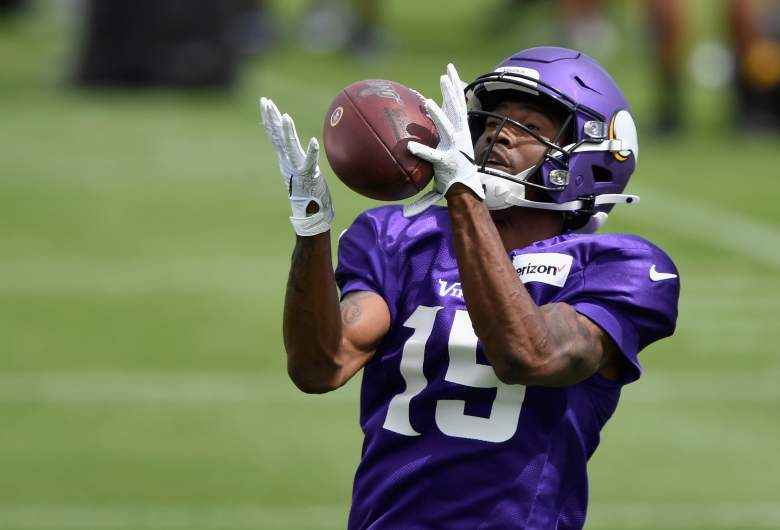 GettyAlexander Hollins was one of the most surprising roster cuts by the Vikings.

All roster cut information is reported by the Pioneer Press’ Chris Tomasson unless noted otherwise.

Both quarterbacks are likely bound for the Vikings’ practice squad once they clear waivers.

Tomasson reported the Vikings want to bring Lacina back to the practice squad, which would make him the second son of a former Vikings player to make the team. His dad is Corbin Lacina. Jones is also wanted on the practice squad.

Vikings want to bring Dillon on to the practice squad if he clears waivers.

Lynch, undrafted out of Baylor, is wanted on the practice squad.

An undrafted rookie, Moa is bound for the practice squad.

Bargas will be a likely practice squad member as the team’s only other fullback after C.J. Ham.

The Vikings hope to bring Fields back onto the practice squad as the second-year cornerback worked out in the slot at training camp, per Star Tribune’s Andrew Krammer.