Holton Hill may be the most unknown member of the Vikings starting defense — but come Sunday, his name will be well known.

The third-year cornerback has spent the past few years in coach Mike Zimmer’s doghouse after off-field and disciplinary issues. This offseason, Hill has shown a transformation as Zimmer has entrusted him with starting duties after the departure of Xavier Rhodes, Mackenzie Alexander and Trae Waynes.

“(Hill’s) done a good job,” Zimmer said in a press conference during training camp. “He’s come back, seems to be a lot more mature this year. A lot more business-like. I told him the other day, his deal is that he has to prove he can be the same guy every day. He’s done a pretty good job of that so far. As it starts getting longer into camp that will be the key. Holton has all the attributes you need at corner. Hopefully, he’ll continue to progress each and every day.”

Hill was named the Vikings’ 2020 breakout player by Pro Football Focus as he’s shown in limited action that he can be a No. 1 corner in the Vikings defense.

In his two years on the field, Hill has produced a 73.0 coverage grade on just over 300 coverage snaps. He’s allowed under a yard per cover snap in that span, which is impressive for a former UDFA.

Some of his best work has come in tight coverage, where he brings physicality and allowed just two of 16 targets to be caught while forcing eight incompletions. Minnesota needs multiple of the young corners on its roster to step up in 2020, and Hill looks like he can fulfill that. 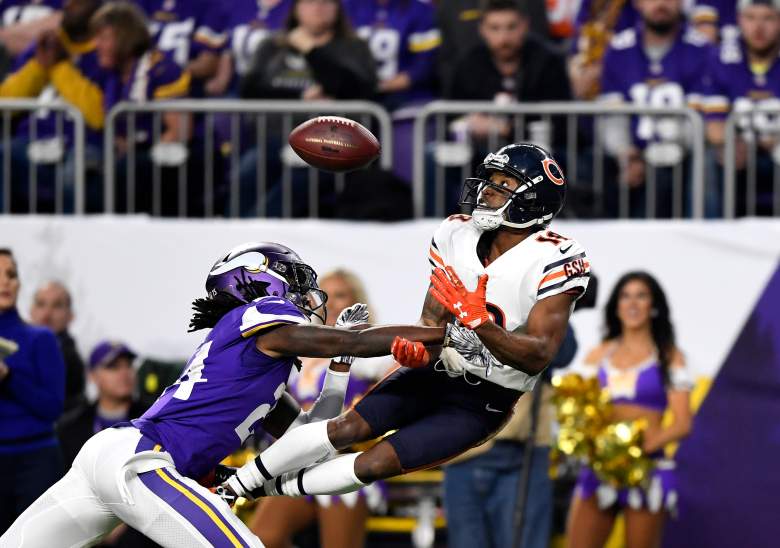 Hill is one of the only Vikings cornerbacks with any NFL experience.

As an undrafted rookie free agent who signed on with the Vikings in 2018, Hill was behind first-rounder Mike Hughes on the depth chart but was thrust into playing time following Hughes’ knee injury six games into the season. Hill didn’t just suffice, he shined.

Hill allowed the sixth-lowest passer rating among cornerbacks that season with just 67.0, allowing just 16 catches on 31 targets and a touchdown to balance out his one interception. He also ranked second among all qualified cornerbacks with a 25.8 forced incompletion percentage, per PFF. His playing time was limited — playing at least 50 percent of snaps just four times that season — but a rookie free agent getting three starts is an anomaly in Zimmer’s defense and an encouraging sign. He played 369 total snaps in 2018 — 353 coming after Hughes’ injury.

Risky trade as he was suspended 8 games for failed drug tests & had same problem at @TexasFootball but Holton Hill had 6th best passer rating allowed in whole #NFL last season, has size & speed to cover anybody, & would be starter for #Jets Will be buried on #Vikings depth chart pic.twitter.com/hKQRX61xVw

Hill was suspended for eight games for marijuana use in 2019 — a disciplinary action that didn’t end there as he landed out of Zimmer’s good graces and was used sparingly in 2019, playing in eight games with one start.

Hill Ready For A Larger Role

Staying engaged has been Hill’s prevailing problem in the NFL so far. He spent the offseason refocusing as he enters a pivotal year of his career.

“During this past offseason, I had a lot of downtime to focus more on the game and the bigger picture, as far as me wanting to play a bigger role with the defense,” Hill told Vikings.com. “I’m just taking it day by day and going out there, making the most of every opportunity.”

Hill was touted as the best cornerback in Vikings training camp and will be put to the test this season. Hughes, the most experienced cornerback on the Vikings roster, will likely draw the Davante Adams matchup this week, but if the Vikings need a larger cornerback to cover some of the league’s bigger WR1s, it may be Hill’s chance to shine.