Getty Rock Ya-Sin was ruled out of the Colts-Vikings game Sunday morning with an illness.

The Vikings chances in the passing game just got better as starting corner Rock Ya-Sin was declared inactive on Sunday due to an illness, per ESPN’s Adam Schefter.

Minnesota had a pair of starters ruled out of Sunday’s game against the Indianapolis Colts in rookie cornerback Cameron Dantzler and right guard Pat Elflein, who was placed on the injured reserve list and will be out until at least Week 5.

To supplant the active roster, the Vikings promoted Mark Fields II and Brett Jones to the practice squad along with rookie safety Josh Metellus. Metellus, touted as a versatile weapon in college, will back up starting safeties Harrison Smith and Anthony Harris after he was cut from the final 53-man roster to begin the season.

Fields, entering his second season, will provide depth at cornerback as second-year corner Kris Boyd and first-round pick Jeff Gladney who look to fill Dantzler’s void in the cornerback rotation. Jones will serve as a second safety net for the offensive line who will move either Aviante Collins or Dru Samia into the starting spot.

The Vikings also signed safety George Iloka to the practice squad on Thursday. Iloka played in a limited role for the Vikings in 2018 and could see himself added to the 53-man roster once he’s reacclimated with the Vikings.

The Colts are already missing running back Marlon Mack who suffered a season-ending knee injury last week. Tight end Jack Doyle was also declared out this week among a bevy of questionable players as of Saturday night.

Vikings wide receiver Bisi Johnson and Gladney had knee injuries this week but were full participants in practice on Friday. Star Tribune beat writer Andrew Krammer reported that Gladney is expected to “have an increased role in Indianapolis.” 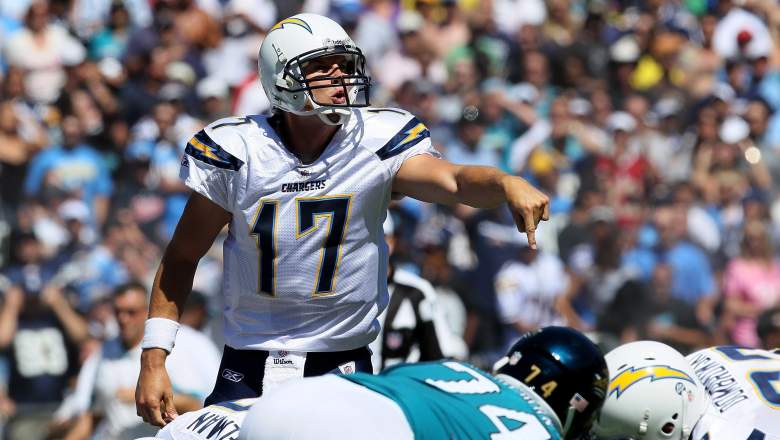 GettyPhillip Rivers has struggled against the Vikings.

A meeting that only occurs every four years, the Colts have owned the Vikings, winning the past five games. The Vikings last win came in 1997 when Randall Cunningham connected with Cris Carter for three TDs in a 39-28 win.

The makeup of both teams in their last meeting in 2016 was drastically different. The Colts won 34-6, led by Andrew Luck’s 250 passing yards and two TDs and Frank Gore’s 101 rushing yards. The Vikings’ Sam Bradford completed 32 of 42 passes for 291 yards and gave up an interception and a fumble. Adrian Peterson also fumbled the ball as time of possession was dominated by the Colts (37:02-22:58).

Despite the franchises’ one-sided history, the Vikings have an edge over Rivers, who is 1-3 against the Vikings in his career. He’s thrown four touchdowns and seven interceptions in those four games.

His last meeting against the Vikings came in Week 15 in 2019, where he threw for 307 yards, a touchdown and three interceptions in a 39-10 loss.