Getty Vikings right guard Pat Elflein may be out longer than the required three weeks on the team's injured reserve list.

Vikings starting right guard Pat Elflein went from an active participant in practice on Wednesday to being placed on injured reserve the next day.

The fourth-year offensive lineman will now have to sit out a minimum of three games before he can be reactivated to the 53-man roster — but he could be out even longer as the nature of his injury has begun to leak to the media.

Coach Mike Zimmer declined to comment on Elflein’s injury reserve designation which came before the team’s injury report on Thursday. A source told the Pioneer Press’ Chris Tomasson that he suffered a torn ligament in his thumb at practice on Wednesdat that will require surgery. Star Tribune beat writer Andrew Krammer added that a source confirmed it may take longer than the designated three weeks.

Elflein played the first two seasons of his career with the Vikings at center before the addition of first-rounder Garrett Bradbury. Elflein struggled at left guard in 2019 and was moved to right guard — his spot on the offensive line he played in college — this offseason to see if the move would improve his performance. He allowed five of the seven quarterback pressures that the Packers produced in last Sunday’s loss, per Pro Football Focus.

Elflein joins Pro Bowl defensive end Danielle Hunter on the injured reserve list. Hunter already missed Week 1 and is eligible to return by Week 4 against the Texans, while Elflein’s will become available for Week 5’s primetime matchup with the Seahawks. Time will tell if he’ll be ready by then.

Moving On Without Elflein

A 2018 Big 12 Co-Offensive Lineman of the Year, Samia was touted for his athleticism and strength that resulted in a zone-blocking ability that’s akin to the Vikings offense. He didn’t allow a sack in over 400 pass-blocking snaps in his college career but played just 31 NFL snaps his rookie year, majorly in the final regular-season game against the Bears in 2019.

Dru Samia is the heavy favorite to be the #Vikings' starting right guard in 2020.

The Oklahoma product is known for playing 'nasty' and has the athleticism to execute reach blocks and pulls. He essentially redshirted last year but did some good things in 31 snaps in Week 17: pic.twitter.com/CYMr7BIDV4

Collins had a similar showing against the Bears in his rookie year in 2017 but has since struggled after suffering a torn bicep in 2018. He put together an 81.7 Pro Football Focus position grade for his performance against the Bears in 2017, per InsideTheVikings’ Will Ragatz.

At the risk of overhyping Aviante Collins, here he is driving his man from the right hash to outside the numbers and #finishing with a pancake

Set up Murray's 22-yard-run that sealed the victory for the Vikings pic.twitter.com/avzVphMHt9

Collins struggled in last year’s season finale and could see his final chance at making an NFL career for himself this season if he sees playing time in Elflein’s stead. 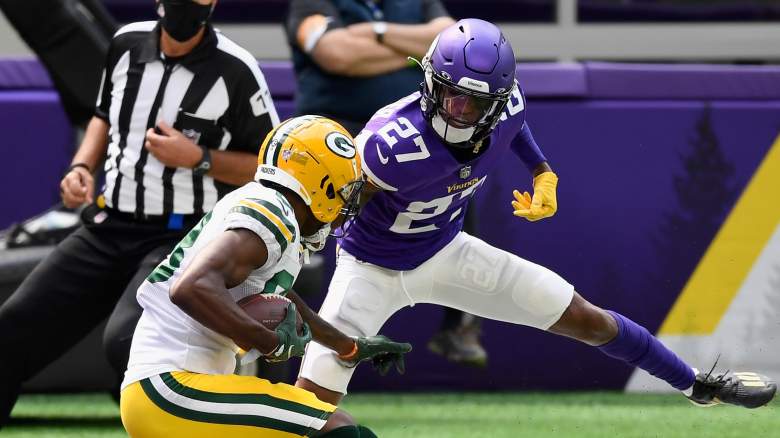 GettyVikings rookie cornerback Cameron Dantzler will be out against the Colts on Sunday.

The Vikings will not only have to replace Elflein for their Week 2 matchup against the Colts but also starting rookie cornerback Cameron Dantzler.

Dantzler suffered a rib injury, likely against the Packers, and did not practice all week. The Vikings officially ruled him out on Friday.

First-round rookie cornerback Jeff Gladney could see more playing time but is still being eased in after undergoing meniscus surgery this offseason. Second-year cornerback Kris Boyd may be in line for the majority of Dantzler’s snaps if Gladney is again throttled on Sunday.

Loading more stories
wpDiscuz
0
0
Would love your thoughts, please comment.x
()
x
| Reply
The starting guard may be out longer than the injured reserve's required three weeks.