Getty Adam Thielen was among four veterans reportedly being offered by the Vikings approaching the trade deadline.

The Vikings‘ six-game experiment with former Jaguars defensive end Yannick Ngakoue ended abruptly on Thursday when the team traded the Pro Bowl defensive end to the Ravens to claw back the draft picks they gave up to get him just two months ago.

The trade opened the floodgates to many trade possibilities facing a Vikings franchise that is cap-strapped and married to Kirk Cousins as his fully guaranteed contract.

CBS Sports’ Jason La Canfora reported that multiple league executives have been in contact with the Vikings and “believe the team is eager to move several more high-priced veterans who likely do not fit into the team’s long-term plans.”

“They want to move on from some guys for sure but not the guys we want,” one GM told La Canfora. “They want to cut payroll but I don’t know how successful they’ll be with that.”

Thielen Approaching the End of His Peak 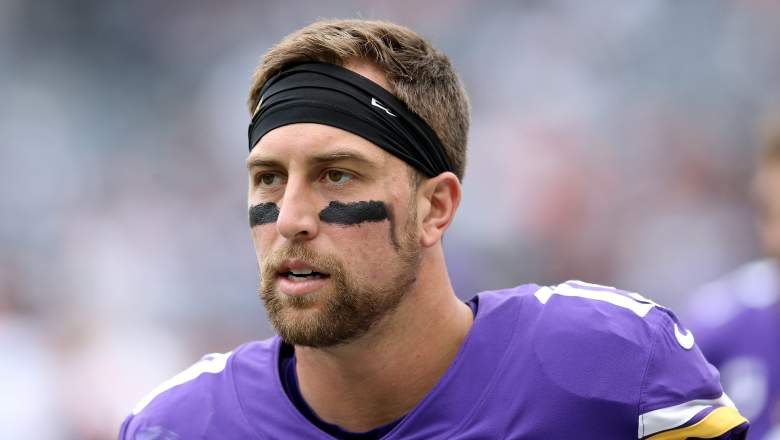 GettyAdam Thielen turned 30 this offseason and is approaching the decline of his career.

Thielen’s road to becoming a Pro Bowl wide receiver is one as uncommon as where he can from.

Growing up in Detroit Lakes, Minn., far from the football hotbeds of the country, Thielen worked his way through the football ranks, first on a $500 Division II scholarship to Mankato State and then as a practice squad and special teams contributor before cracking the starting offensive lineup.

He finally found paydirt in 2017, inking a four-year $64 million contract and rewarded the Vikings with his two best seasons. Thielen earned Pro Bowl nods in 2017 and 2018, his only 1,000-plus receiving yard seasons. Last year, Thielen suffered a hamstring injury that held him out of six games last season on an otherwise spotless and healthy career.

Thielen, 30, has already proved the naysayers who felt last season was a sign of his aging and the decline of his health wrong, catching 32 passes for 415 yards and a league-leading seven touchdowns.

Thielen has become a trade target for franchises in need of a No. 1 wide receiver like the Cleveland Browns after Odell Beckham Jr. went down with an injury on Sunday and the Patriots.

However, the Vikings had planned for the possibility of a decline in Thielen’s over-the-hill season that leaves the franchise with an out in his contract that could be too good for the future to pass up.

Signing a contract extension before last season, Thielen’s new deal was structured to save money upfront with bonuses and is backloaded with a major jump in his base salary.

Thielen is set to make an $11.1 million base salary next season compared to his $4.8 million salary in 2020. While the cap hit is the same to the Vikings’ pocketbook, it does leave the team with an option unpopular with most fans.

A potential out is embedded in Thielen’s contract which would allow the Vikings to cut him and eat $5.4 million in dead cap and save $5.6 million. Even if Thielen is not traded, his contract could be high up on the list for potential cuts or restructuring.

The trade deadline falls on Nov. 6 which will be telling of the moves the Vikings will make to prepare for the franchise’s future amid a 1-5 start to the season.

Loading more stories
wpDiscuz
0
0
Would love your thoughts, please comment.x
()
x
| Reply
NFL executives have shared that the Vikings Pro Bowler is on the trade block.