Getty Quinton Spain was released by the Bills on Wednesday.

Underneath the calls for the firings of Vikings general manager Rick Spielman, coach Mike Zimmer and the release of quarterback Kirk Cousins is a systemic issue that’s hampered the team’s success this season: the offensive line.

Cousins has taken ownership of his league-leading 10 interceptions, however, a few have been deflections off the hands of his wide receivers. More, however, have been rushed throws as Cousins again is feeling under the duress of opposing pass rushes while his line continues to prove leaky.

Specifically, the guard position is where the entire problem could be remedied. Pat Elflein suffered a torn thumb ligament and was placed on injured reserve in Week 2, elevating Dru Samia who has become the latest turnstile for opposing pass rushers. Rookie Ezra Cleveland started his first career game at guard last week against the Falcons and while he did show some great promise, he also produced similar results to Samia.

The Vikings currently have $5.5 million in cap space, per Over The Cap, after trading Yannick Ngakoue to the Ravens. While chasing players to build a playoff run isn’t in the cards for the 1-5 Vikings, there are available funds to grab free agents and get them into the organization and ready for a rebuild pending more roster moves by the Vikings this season.

One reliable Bills guard just became available and the Vikings should make an offer while he’s still on the market.

Quinton Spain, 6-foot-4 and 330 pounds, has been coined a “mammoth” offensive guard who at one point was the “second safest” member of the Bills line entering the 2019 season. His performance that year bolstered his future with the Bills even more as he signed a three-year, $15 million contract extension this past offseason.

He started all 16 games last season and played every single offensive snap without surrendering a sack. Even more impressive, he was only called for two penalties all season.

Spain reassumed his role with the Bills before he was benched in Week 3 against the Rams. Bills head coach Sean McDermott said it was about “finding what gives you the best chance to win.” Spain returned to the field in Week 4, playing 52 percent of offensive snaps before suffering a foot injury that has knocked him out the past two weeks.

Spain’s Release May Not Have Been Football-Related 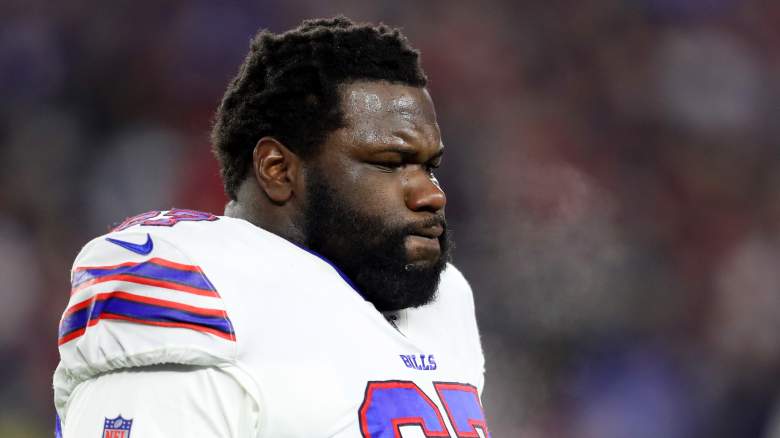 GettySpain may have been pushed out of the Bills organization.

When Spain was released, the Bills played the coy and said it was about him finding a starting job elsewhere as Cody Ford had assumed the starting left guard duties the past two weeks. However, Ford is now week-to-week with a foot injury, signaling the release Spain may have been for other reasons.

Spain tweeted his frustrations “If only they knew the real reason but I’m going to leave it at that,” but later deleted the tweet. He replaced the tweet thanking the Bills and saying it was time for a change.

Spain has had a healthy career, playing in 14 or more games in each of his past four seasons in the league. He currently has a 60.6 overall Pro Football Focus position grade which is an improvement over both Vikings starting guard spots.