Getty Danielle Hunter was recently part of a trade scenario that would move the Vikings up the draft board.

Last week, Danielle Hunter visited a doctor in New York for a second opinion on his nagging neck injury. The second opinion was no better than the first — Hunter has been advised to sit out the remainder of the 2020 season.

His trainer, James Cooper, told Chris Tomasson of the Pioneer Press that he has also advised Hunter to forgo the 2020 season as the Vikings Pro Bowl defensive end has a herniated disc in his neck.

“I just gave (Hunter) my opinion that it’s best to try to let it heal naturally,” Cooper said. “He’s young. He has his entire career in front of him. I’ve given him my opinion that I would sit out the rest of the season.”

Trainer Advises Against Surgery — For Now

If Hunter were to undergo surgery to remove the disc, Dr. David Chao, known as  “The Pro Football Doc” for his expert opinion on injuries after serving 17 years as the Chargers team doctor, estimated that Hunter’s recovery time would be between four to six months. If Hunter were to receive surgery soon, he could potentially return this season in the event the 1-3 Vikings make it to the postseason.

Chao, who has no inside information on Hunter’s injury, believes surgery is inevitable as Hunter’s condition has yet to improve despite him resting since Aug. 18. Cooper, on the other hand, would like to take a wait-and-see approach to Hunter’s condition.

“I wouldn’t advise surgery right away,” Cooper said. “If there’s a chance for it to heal naturally. then I would do that… But then, if it comes down to January, you’ve got the offseason (to recover from surgery).”

‘This is Not a Money Thing,’ Trainer Says 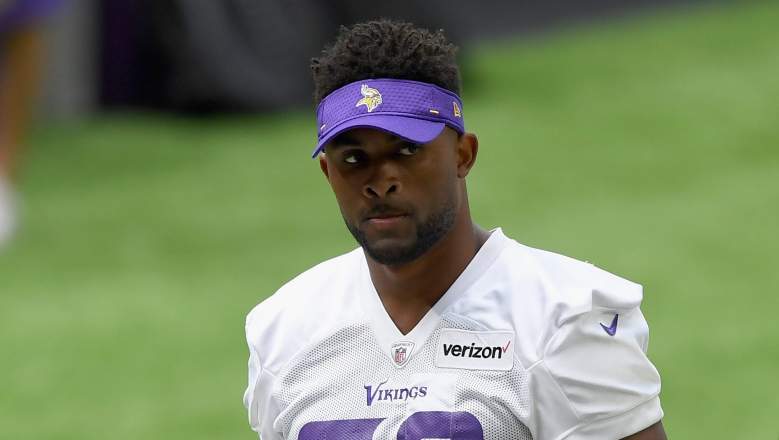 GettyDanielle Hunter’s trainer put to rest rumors of his absence this season.

Rumors stirred approaching the Vikings season opener that Hunter’s absence from practice was not injured related and, instead, a contract dispute. Hunter has been a huge bargain for the Vikings as the 12th highest-paid defensive end this season despite his trajectory as one of the brightest stars at the position, becoming the youngest player to reach 50 career sacks last season.

Cooper put those rumors to rest, saying “this is not a money thing,” Cooper said. “It’s about being able to be there for the Vikings.”

The Vikings may or may not make an official announcement as Hunter can remain on the injured reserve list for the rest of the season without taking up a roster spot. Hunter has kept the injury to a hush on his social media profiles, although an announcement from him could come soon.

“He wants to play. He’s like any warrior. He wants to be on the field,” Cooper said. But when you do that, that can turn scary, too.”

“He just wants to make the right, informed decision,” Cooper added. “So you’ve got to get enough information and you’ve got to make a real decision. But his spirits are good. He’s you enough to bounce back.”