Courtesy of Vikings Vikings defensive end Hercules Mata'afa sent the league a message following a breakout game against the Bears.

The Vikings officially signed ex-Washington defensive end Jordan Brailford on Tuesday which has prompted the release of a player who the coaching staff had praised throughout the offseason.

“Don’t forget Hercules Mata’afa, too,” Patterson said. “There’s great talent within the group. There’s a good mix of experience and youth. You’ve still got a good group of guys that are working to continue to progress their games.

Patterson added that he thinks “we’ve got some guys that are ready to turn the corner,” however, Mata’afa appears to not be among that group.

He tweeted the clown emoji, often used to express that something is foolish or a joke. Pioneer Press reporter Chris Tomasson shared the tweet which spurred Mata’afa to delete it from his page minutes later but not before it was captured.

Brailford being waived by Washington on Saturday and the emergence of fourth-round rookie James Lynch — who became the first Vikings interior lineman to tally a sack this season in his NFL debut against the Seahawks — proved to be a perfect storm that has pushed Mata’afa out of Patterson’s favor.

The Vikings also added defensive end Eddie Yarbrough to the practice squad on Tuesday, signaling Mata’afa’s time in Minnesota may have reached its end. He’ll likely stay in the Twin Cities area in the event the Vikings make more changes to the roster.

Mata’afa’s packed on over 30 pounds this offseason and came into camp weighing 289 pounds after there was concern about his size. His gains landed him among Bleacher Report’s surprise starters this season. Vikings Wire also named his a “potential star,” referring to the Bleacher Report article.

But five weeks into the season, Mata’afa has played just 18 snaps across three games, notching one tackle in that span.

Lynch was likely given a vote of confidence moving forward with the release of Mata’afa. It took just eight snaps on Sunday for the rookie to move ahead.

Lynch Could Be the Answer 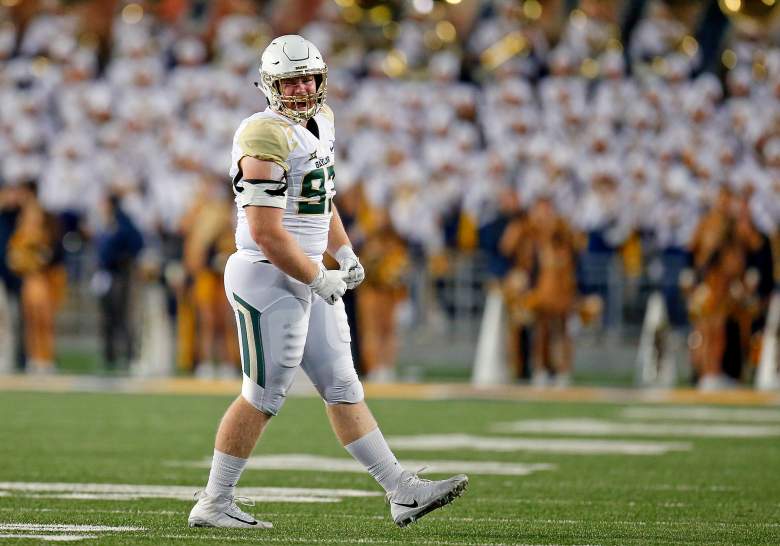 GettyJames Lynch notched a sack in his first NFL start.

Lynch, a former Big 12 Defensive Player of the Year, will likely see more playing time moving forward after it took four games for the Vikings felt confident in playing the 21-year-old.

The Vikings current defensive tackle group has struggled to stop the run the season, but with the emergence of a pass rush that sacked Russell Wilson four times on Sunday, the group could potentially focus more on filling running lanes and keep opposing offensive lines off balance.

Loading more stories
wpDiscuz
0
0
Would love your thoughts, please comment.x
()
x
| Reply
He did not take being cut lightly.