The NFL can be a cutthroat business where finances can motivate who bears the brunt of a loss.

Vikings coach Mike Zimmer seemed disillusioned after Minnesota’s loss to the Falcons last Sunday, calling it “strange” after the team laid a dud after taking the unbeaten Seahawks and Titans to the wire this season.

“We talked about being better coming out of the locker room, then we throw an interception on the first play in the game,” he said. “It’s just strange.”

Zimmer has been persistently coy on Kirk Cousins and his rollercoaster 2020 season as the nine-year veteran admitted his interception on the first play from scrimmage was a rookie mistake. He threw two more interceptions by the end of the first half and now leads the league with 10 on the season.

Zimmer bluntly answered “no” if there was any consideration to bench Cousins just for the second half.

Cousins’ fully guaranteed contract links his and Zimmer’s fates with the Vikings as the head coach described the offense’s shortcomings and the defensive falters “strange.” He instead pivoted to taking his frustration out on the least responsible phase in the loss and the little guy. 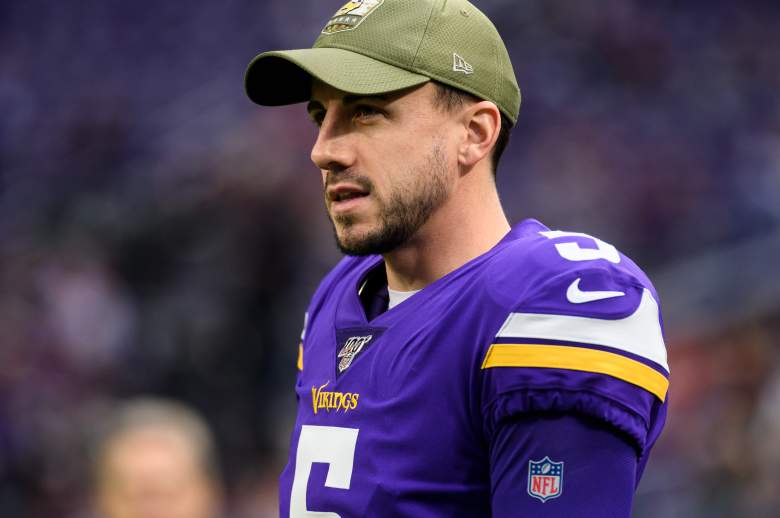 Dan Bailey was the only player to be lambasted by Vikings coach Mike Zimmer following their loss to the Falcons.

When asked to elaborate on what was so strange about the game, Zimmer had a grocery list of items that fell into that category.

“We didn’t run the ball at all. We well. We obviously had the turnovers, three in the first half. I didn’t feel like we challenged the receivers enough today. Special
teams, we force a fumble and our guy doesn’t recover it,” Zimmer said.

Then came his biggest slight of the night.

“The onside kicks are terrible.”

Had the latter issues of turnovers, running the ball effectively and sound coverage been taken care of, the Vikings wouldn’t have desperately attempted two onside kicks by Dan Bailey in the final four minutes of the game.

The chances of the kicking team recovering an onside kick have fallen to under 10 percent.

Bailey was not even given a field-goal attempt in the game. He had an opportunity when the Vikings instead went for it on fourth down on the Falcons 1-yard line. Mike Boone was stuffed and the Vikings turned the ball over trailing by 10 points.

Fans did not take Zimmer’s “onside kicks are terrible” comment lightly following the loss to the winless Falcons.

Zim – if you weren’t down 30-7 you wouldn’t have needed onside attempts. pic.twitter.com/M8TXDCToTP

The onside kicks??? Lol… if his “mastermind defensive genius” brain could gameplan to beat anyone we wouldn’t need onside kicks!

Yea, Coach… The onside kick was not in the top 25 reasons you got ripped by an 0-4 team… Just Say’n Of course that’s 1 mans opinion

The Vikings are currently 31st of 32 teams in the turnover margin (-1.2) and have allowed the second-most points off turnovers (47) this season.

Loading more stories
wpDiscuz
0
0
Would love your thoughts, please comment.x
()
x
| Reply
Zimmer was coy on Cousins and instead picked on the little guy.