Vikings coach Mike Zimmer has remained coy on quarterback Kirk Cousins after the team’s $150 million investment in Cousins over the course of five years is showing dismal results in Year 3. Cousins has secured $94 million so far and the following is what he has to show for it.

That bar even seems out of the question this season with the Vikings sitting at 1-5 entering the bye week and Cousins coming off his third multi-interception game this season against the Falcons.

When asked if Zimmer considered sitting Cousins, who threw three interceptions in the first half of Sunday’s loss to the Falcons, he responded with a blunt “no” as the Vikings’ hands are tied to Cousins and his fully guaranteed deal that has smothered any investment in a serviceable backup.

But back in 2018, Zimmer had some telling thoughts about blowing the bank on Cousins and where that may leave the team.

Coming off their 2017 NFC title game appearance with the $2 million man, third-string quarterback Case Keenum, Zimmer spoke at the 2018 NFL Scouting Combine on the prospects of acquiring the future at quarterback, an interview The Viking Age’s Adam Patrick unearthed.

The thing that I told Rick (Spielman) was, when we sat down in meetings, I said, ‘look, we’ve won this many games in these many years because of this football team.’ Because we’ve played really good on defense for the most part. This year, obviously, we played so much better on offense and we were able to go further than what a lot of people thought we would. So it’s important that we continue to put the pieces in place on defense.

What I don’t want to do is say, ‘okay, (here) is this one thing – we’re going to do this and we’re going to take away from the rest of the things that have gotten us to this point.’ So that’s the other thing.

Zimmer, aware Cousins was the best available quarterback in free agency, was clearly not okay with the Vikings chasing Cousins if it meant compromising his needs on defense.

This past offseason we saw the mass exodus of five defensive starters who had been mainstays in Zimmer’s defense but had since aged and outlived their salad days in Minnesota. Cousins’ two-year, $66 million contract extension this past offseason accelerated their exits as the Vikings were over the cap. This eliminated the possibility of a seamless transition to younger, developing players and instead, forced the baptism by fire now burning in 2020. 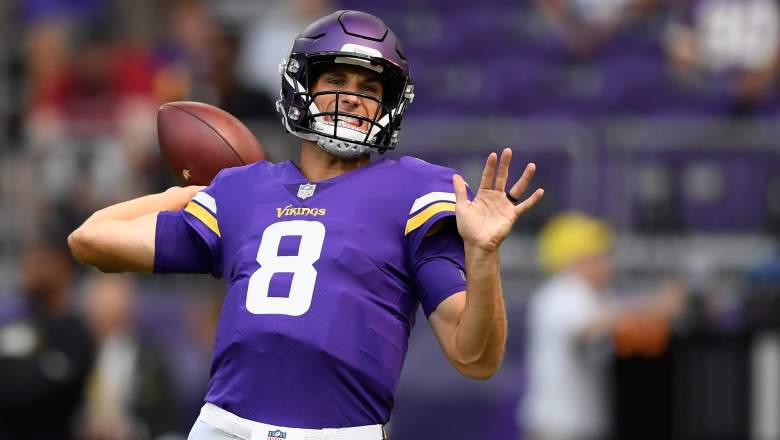 GettyThe Vikings’ signing of Kirk Cousins compromised a major need for the Vikings.

After a taste of success with Zimmer in the early years of his first defense in Minnesota, the Vikings forced their hand and went all-in on signing Cousins to the league’s first fully guaranteed contract.

Cousins was the most valuable free agent at quarterback that offseason. So what compromises were made to sign a veteran quarterback and allow Zimmer his slice of the pie of spending on defense? Failure to develop the offensive line.

This again led to a precipice all too familiar for the Vikings who haven’t developed a lineman who’s reached multiple Pro Bowls since Matt Birk in the early 2000s.

Yes, Cousins has not been getting help from the offensive line yet again this season despite some encouraging developments, but his arrival to Minnesota came with the expectation of at least returning to the NFC Championship.

Three years passed since the meltdown in Philadelphia and the Vikings have only slid further from that goal.

Loading more stories
wpDiscuz
0
0
Would love your thoughts, please comment.x
()
x
| Reply
Zimmer had some telling thoughts about blowing the bank on Cousins and where that may leave the team.