“He’s a great player. He’s so explosive and so creative with his movement and his vision,” Carroll said, per Pioneer Press reporter Chris Tomasson. “You can see him burst, bounce the ball outside, bring the ball totally against the grain of the play, break tackles.”

Cook’s league-leading rushing yards (424) and rushing touchdowns (6) total are a result of his ability to shake tacklers, either with his elusiveness or brute strength mixed with speed. Cook has 269 yards after contact and 22 missed tackles on runs this season, per Pro Football Focus, both league-best marks for the 25-year-old Pro Bowler.

Cook was largely a non-factor in last year’s 37-30 loss to the Seahawks. He was held to nine carries for 29 yards before leaving the game with a shoulder injury in the third quarter.

Carroll won’t be counting on Cook being injured a second time and has taken major measures to stop Cook on Sunday after the Seahawks All-Pro safety Jamal Adams was ruled out of Sunday’s prime time matchup. 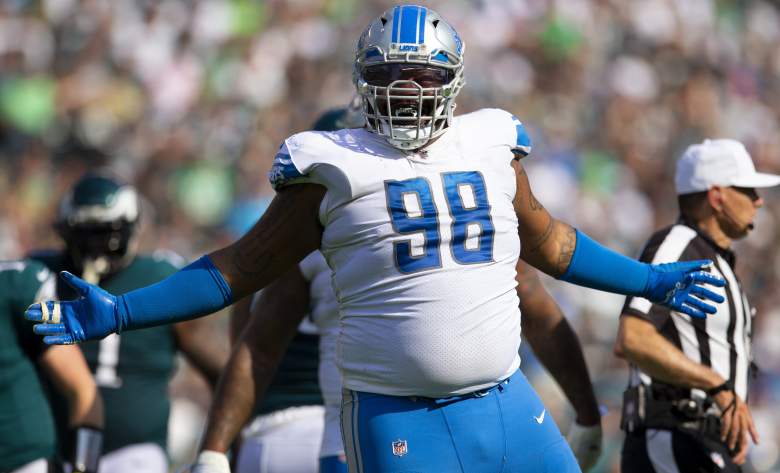 GettyDamon “Snacks” Harrison was signed by the Seahawks this week.

One of the most highly touted free agents, Damon “Snacks” Harrison was signed by the Seahawks this week with one objective in mind — stopping the run.

Harrison started in 15 games last season for the Lions and earned All-Pro honors in 2016. Standing 6-foot-3 and 350 pounds, Harrison is a run specialist and is known for clogging up the middle of the defense.

The Seahawks run defense has done well this season, holding runners to 75.8 yards per game — good for third in the league. However, without Adams, the Seahawks did surrender the most rushing yards (103) in a game season against the Dolphins last week.

Their numbers are also skewed as the Seahawks have led for the majority of their games, forcing opponents to throw the ball frequently. The Seahawks have faced the fifth-fewest rush attempts as the game script has played in their favor.

Harrison cleared COVID-19 protocol this week and did practice with the team. While Seahawks media has reported he “likely won’t be available” against the Vikings, Harrison could be activated to the 53-man roster as late as Sunday.

Contrarily to boasting one of the league’s best run defenses, the Seahawks pass defense has been the league’s worst, allowing an average of 401 passing yard per game this season.

DraftKings has the Vikings-Seahawks over-under set at 57 points, the highest in the league this week as both teams’ as the Seahawks have produced the third-most passing yards per game this season (303) and passing touchdowns (4). The Vikings young secondary has struggled to stop anyone this season and will run into their toughest challenge yet in Most Valuable Player frontrunner Russell Wilson.

Kirk Cousins and the Vikings offense will likely have to play catch up at some point in the game, which could prove detrimental. The Seahawks defense has produced the second-most turnovers (8) this season, logging multi-turnover performances in three of their four games.

The Vikings offense will have to keep the ball safe and hope the defense can force a turnover and offer more opportunities to score in what’s expected to be a shootout.