In a letter to season ticket holders, New York Giants head coach Brian Daboll thanked fans for their support at MetLife Stadium in Week 2 and made a specific request for Monday Night Football against the Dallas Cowboys in Week 3.

Here’s the letter Daboll sent, courtesy of Art Stapleton of The Record:

I’m told Brian Daboll sent this letter via email to #Giants season ticket holders this afternoon, encouraging the crowd to again “bring the juice” for MNF vs Cowboys. NYG trying to create a White Out at MetLife for the game pic.twitter.com/WuwgBNQFkC

Here’s a full transcript of Daboll’s letter (emphasis added), which details Daboll’s plan for a “White Out” on Monday night:

On behalf of our players, coaches and the entire Giants organization, thank you.

Thank you for bringing the juice to MetLife Stadium on Sunday.

We look forward to seeing you on Monday night when we will be wearing our white color rush uniforms and handing out white rally towels to all fans. You can wear your best white Giants gear to make it a complete “White Out.”

The Giants are off to an 2-0 start for the first time since 2016. They started 0-2 in five straight seasons from 2017-2021, under three different head coaches (Ben McAdoo, Pat Shurmur, Joe Judge). This year’s Giants have a different vibe, and Daboll is now trying to channel their early momentum into a legitimate home-field advantage.

This is what the Giants’ all-white color rush uniforms look like, via Nike: 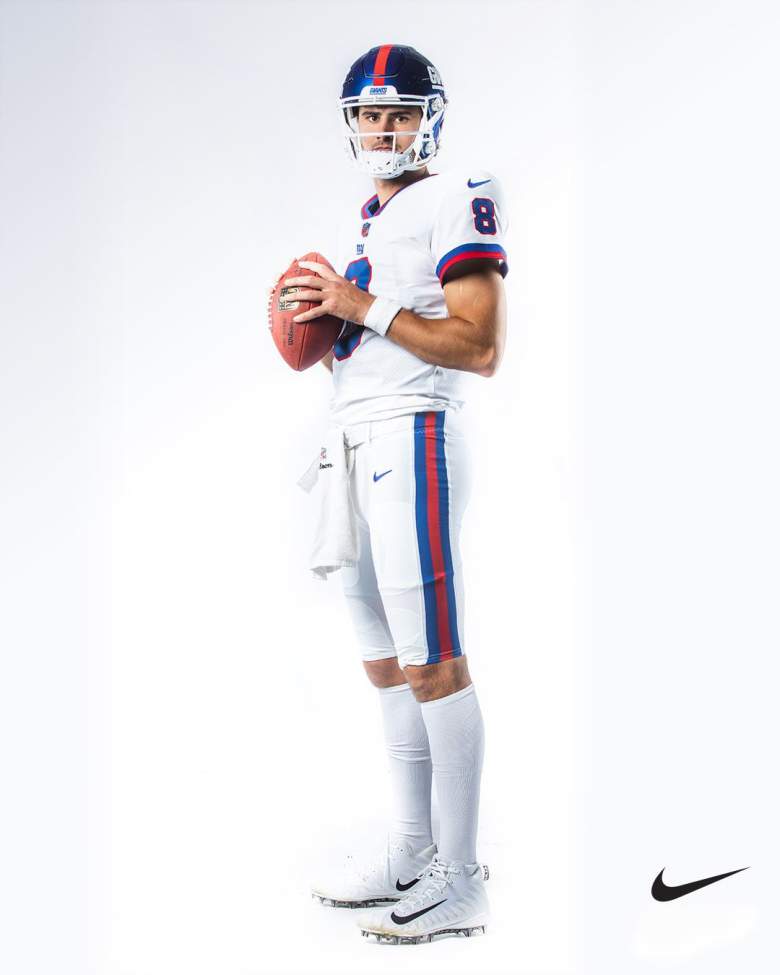 This uniform also features the block-letter, underlined “GIANTS” helmet logo, which the team used as its primary logo during the 1980s and 1990s. The Giants won two Super Bowls (XXI, XXV) during that era, so Daboll is smart to tap into this throwback look and use it as an opportunity to energize the fan base.

It’s going to be an electric atmosphere at MetLife Stadium on Monday night. With Dak Prescott still sidelined, backup quarterback Cooper Rush and the 1-1 Cowboys are the only thing standing in between Daboll’s Giants and a 3-0 start. A raucous crowd could make things a little tougher for Rush on third downs, where New York is allowing opponents to convert a league-low 21.7 percent of their attempts this season.

Andrew Thomas is Excited…and He Has Good Reason to Be

Giants left tackle Andrew Thomas is one player who seems eager to suit up in the all-white color rush uniforms. Shortly after Daboll’s letter emerged on social media, Thomas sent the following tweet.

White out Monday night! Let’s get it! 💯

“White out Monday night! Let’s get it! [one hundred emoji],” Thomas tweeted.

Thomas has good reason to be excited. Last season, when the Giants wore these uniforms on Monday Night Football against the Tampa Bay Buccaneers, Thomas caught a touchdown pass from quarterback Daniel Jones.

Thomas is the highest-graded offensive lineman in the NFL through two weeks at Pro Football Focus. Considering all the issues the Giants are experiencing at wide receiver, they should consider throwing Thomas a pass against the Cowboys. It wouldn’t be the first time.

This is What a ‘White Out’ Should Really Look Like

In case you’ve never seen one, this is what a well-done “White Out” is supposed to look like:

Penn State is notorious for its “White Out” games. But this is more of a college tradition that takes years to establish. It remains to be seen how well NFL fans adhere to Daboll’s request to wear white Giants gear at MetLife Stadium on Monday night. Handing out white rally towels should help accomplish the effect he’s going for, even if not all fans wear white.

Ultimately, the all-white aesthetic will not matter if the final score isn’t just as eye-catching. The last time the Giants wore these uniforms against the Cowboys on Monday Night Football was Week 9 of the 2019 season. The Giants lost that game, 37-18.