The New York Knicks made some key changes in the offseason, and the most notable one comes at point guard.

Last season, there was a sort of black hole offensively at point guard with Elfrid Payton typically getting the start, but he’s since been replaced by Kemba Walker and that has allowed the Knicks to test out a new offense.

While the Knicks shot a very respectable 39.2 percent from deep last season, ranking third in the league, they want just 24th in the league in 3-point frequency, which means they didn’t let it fly all that often.

That will be changing this season, and a big part of that is the signing of Walker and Evan Fournier. These two players have the ability to create their own shots and take players off the dribble and finish at the rim. This means there will be more double teams than last season, and that means there will also be more options for open three pointers.

Derrick Rose and coach Tom Thibodeau thinks the team is trending in the right direction, and they are getting closer to where they want to be each day.

Not the Knicks of Old 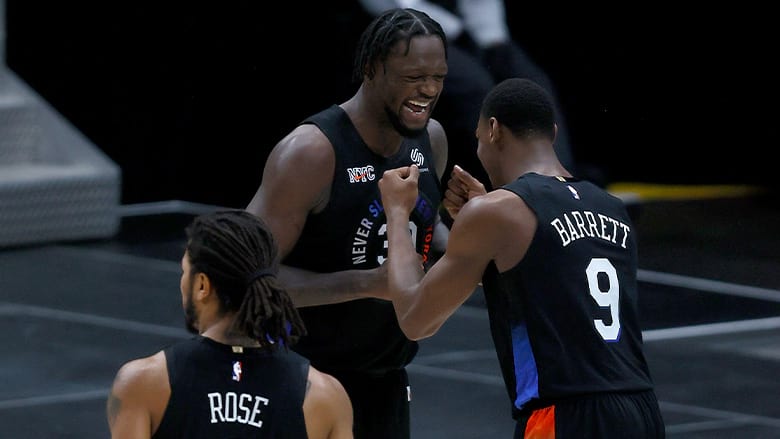 While Thibodeau might be considered more of an “old school” approach due to his strong focus on defense, he’s doing his best to adapt to the newer style of the NBA.

This means his team will have to start chucking up more threes, something that he’s very okay with.

“We’re very efficient at shooting them,” Thibodeau said according to the New York Post. “So our shot profile is right. Making the right reads is the most important thing off the dribble. Attack the rim, and make the proper rim read by hitting the open man. If guys make the extra pass, we’ll have good rhythm 3s. We also want to push the ball more and we’ll continue to work on [that].”

Derrick Rose, who has come into his own as a long-range shooter as of late, thinks that the Knicks are in a good spot with their threes. The team shot an eye-popping 52 threes against the Wizards, but Rose says there was a reason for that.

“They were double-teaming — having their big come up so we couldn’t get in the paint,’’ Rose said. “We work on it every day, moving the ball. We’re just a different team. No knock on the guys who played here last year, but Kemba, Evan [Fournier], the game should be easier when you’re forcing the double-team. In the second half, we made sure we got off the ball quick. Some of the 3s we did miss, they were close.” 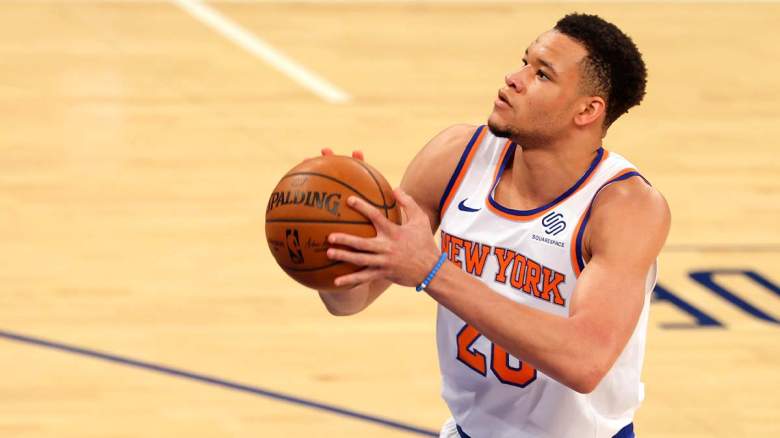 Even though Kevin Knox appears to be the odd man out in the rotation, he even chipped in with four threes of his own. While that might not be enough to get him into the regular rotation, he’s shown that he still has a lot to prove.

The reality for him is he might need a fresh start, and due to the absence of Julius Randle in the previous game, he was perhaps given a chance to showcase his talent to other teams.

Not known for his shooting prowess, even Taj Gibson let one fly from behind the long line, but he didn’t sink the shot. The Knicks will look to experiment more in the future with a small ball lineup with Randle at center so everyone on the floor will be dangerous from behind the arc.

The Knicks will be back in action October 13 against the Detroit Pistons.

READ NEXT: Derrick Rose Trying to Break New York Knicks Rookie Out of His Shell

Loading more stories
wpDiscuz
0
0
Would love your thoughts, please comment.x
()
x
| Reply
The Knicks are testing out a new offense.