The New York Knicks and Brooklyn Nets are cross-town rivals, and they both have an impressive squad to go toe-to-toe with each other with.

Each of them have had their share of controversy with the Nets having their star point guard Kyrie Irving sitting out the season over a vaccine mandate while the Knicks just made the decision to bench their starting point guard Kemba Walker going forward.

Despite this, both teams are currently in the thick of things when it comes to the Eastern Conference playoff race. While the Knicks are barely holding on, the Nets are at the top of the conference, but there’s still plenty of time left in the season for things to change.

Both teams know the stakes of their November 30 matchup because not only are bragging rights on the line, it’ll also be a test for each team to prove they can hang with strong opponents.

Before the game, Knicks star Julius Randle showed his appreciation for Kevin Durant.

Randle Loves Him Some Durant 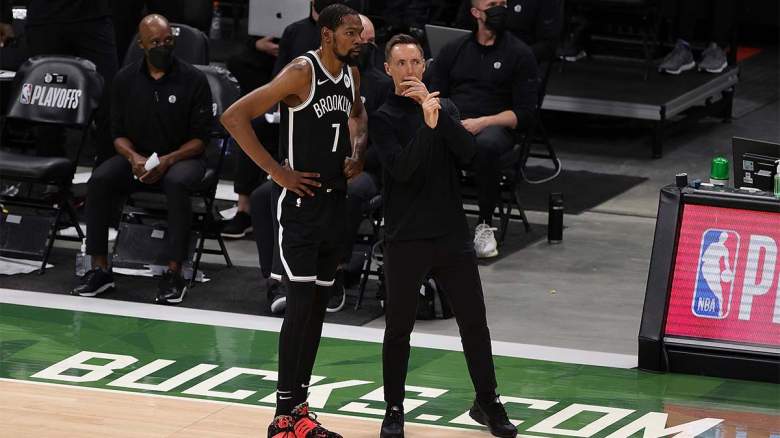 Speaking to reporters, Randle heaped nothing but praise on the Nets superstar, and that’s expected considering how he’s carried the team so far this year without the services of Irving.

“He’s the best player in the league, for sure,” Randle said via the New York Post. “[I’ve] never seen a 7-footer that skilled.”

Durant has solidified himself as an MVP frontrunner so far this season, and if James Harden is able to break out of his shooting slump, the Nets could easily walk away with a championship trophy at the end of the season even without Irving.

“[He can] do anything, everything, on the court,” Randle continued. “No weakness. That’s him. He’s tough. Great player, but I love competing against him.”

Coming into the game against the Knicks, Durant is averaging 28.6 points per game, tying him with Golden State Warriors star Stephen Curry as best in the league. On top of that, Durant is shooting a career-best 54.8 percent from the floor and 41.1 percent from beyond the arc.

It’s not clear if he can keep up their blazing hot start to the season, but if he can then the rest of the league will be in trouble. 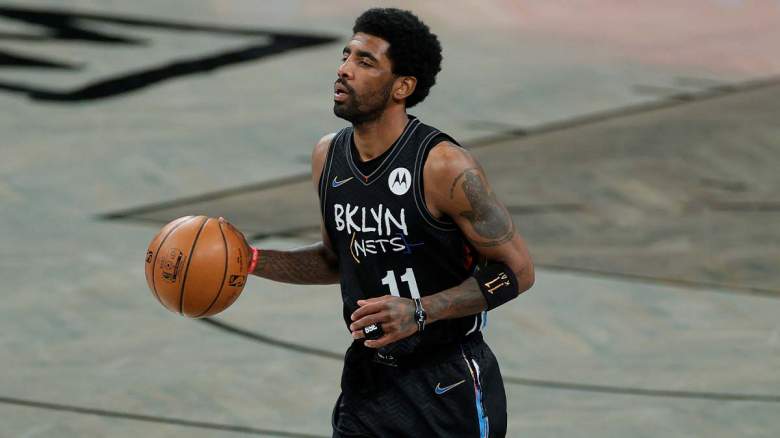 GettyKyrie Irving moves the ball up the court.

Although Kyrie Irving hasn’t played in a single game this season, he has a lot of fans around the league, and many of them players in the NBA.

Randle sounds fortunate that Irving isn’t with the team because he’s another player he has nothing but respect for.

“Kyrie is another one that’s really, really good,” Randle said via the New York Post. “Probably haven’t seen a player like him in the league before. So he offers like a whole other dynamic to their team. But what I’ve seen, KD has been playing great, James [Harden] has been the point guard kind of steering the ship and their other guys are contributing nicely and filling in their jobs.”

Randle will look to slow Durant and the Nets down the best he can in the New York Knicks’ first game without Kemba Walker.

Loading more stories
wpDiscuz
0
0
Would love your thoughts, please comment.x
()
x
| Reply
The New York Knicks star has nothing but praise for his Nets rivals.