The New York Knicks have a very important season in front of them after coming off a playoff appearance in the previous year.

As a result, there are real exceptions for the franchise for the first time in several seasons, and while the team has made a bunch of upgrades in the offseason, there are still some question marks surrounding the roster.

If the Knicks have aspirations of moving even further into the playoffs than they did last season, they’ll need to make sure their roster is filled out with players who can step in and provide valuable minutes at the drop of a hat.

This was proven last year when Nerlens Noel had to step in and fill the void left by Mitchell Robinson’s injury and it’ll likely be something the team will need to be ready for again.

One former lottery pick with a big question mark over his head is Kevin Knox, the forward who’s filled with potential but hasn’t managed to get consistent minutes with the Knicks.

Due to his inability to crack the rotation, the 22-year-old forward has been the subject of trade rumors, and it does seem like the writing is on the wall for him.

Speaking to the New York Post, he addressed these trade rumors, and he doesn’t seem all that worried about them. 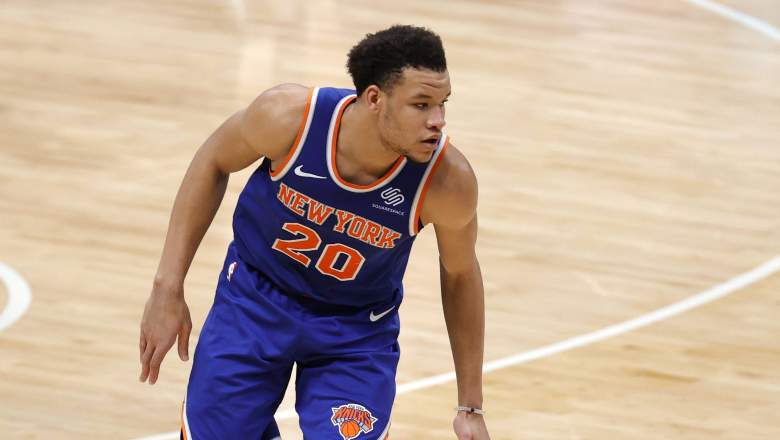 GettyKevin Knox II during a January 11 game against the Charlotte Hornets.

When asked by The Post if he thinks that he’d stay with the Knicks for the duration of the season, he seemed optimistic about his chances, but did admit that he has to fight for a spot.

“Right now, no one has really solidified minutes, solidified starters and bench players,” he said. “So it’s going into camp, going into the season with the right mindset that I really want to play this year. So I’m going to have to figure out a way to stay on the court and get minutes. So I’m really not worried about the trades and everything else. I’m just worried about getting in the rotation and being on the court.”

Many of the young players on the Knicks were able to compete in the Summer League, but Knox did not have the same opportunity. With names like RJ Barrett, Obi Toppin, Immanuel Quickley and Mitchell Robinson all poised to make a big leap this season, there are doubts about Knox’s ability to do so.

He says that contracting the COVID-19 virus did have an impact on his offseason progression.

“I was staying in Miami and I got sick,’’ Knox told The Post. “I was down for a couple of weeks. It was difficult. I trained really hard to go to summer league, play again and actually get some runs and minutes. I got my body ready and COVID hit me.” 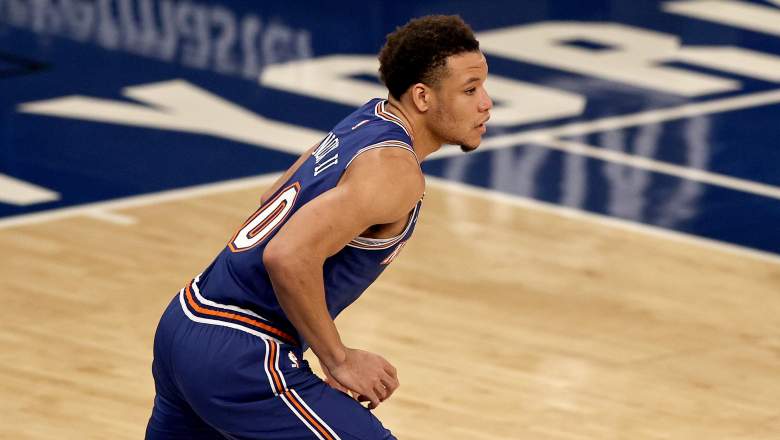 GettyKevin Knox II during a January 10 game against the Denver Nuggets.

At just 22, Knox still has a chance of fulfilling his potential in the NBA, but it might not happen with the Knicks.

Trading him is likely the worst case scenario for the team, but they recently let another former lottery pick walk in free agency, so they have shown they don’t hold onto their players longer than they need to.

At this point, it’s anybody’s guess as to whether Knox will be on the opening day roster. With a whole preseason to go through, there’s a chance that he can prove he deserves consistent minutes. It’s a big ask from Knox, but this could be his final chance to prove himself with the Knicks.