Getty The Knicks might have to give Miles McBride minutes.

The New York Knicks are a short on point guards after the injury to Derrick Rose, but they might have an answer sitting on their bench.

Rookie Miles McBride has played in several games for the Knicks this year, but his best performances have come in the G-League where he’s able to really showcase his talents.

Coach Tom Thibodeau has always been resistant to playing his youngsters, and he has perhaps relied a bit too much on his veterans in the past. With Rose out and Kemba Walker being the lone option for point guard on the team at the moment, and even he’s been banged up as of late, the Knicks might have to rely on McBride.

In the January 11 matchup against the G-League’s Motor City Cruise, the Detroit Pistons affiliate, the Westchester Knicks came away with a win and McBride was a massive reason why.

In the win over the Cruise, McBride scored 39 points, grabbed eight rebounds, dished out seven assists and even provided five steals.

As you can see in the tweet sent out by the Westchester Knicks, this was a career performance from the young point guard, so it should come as no surprise that New York called him up after this.

This doesn’t mean he’ll be getting heavy minutes with the big league squad, but it does prove that they are keeping up with his performances.

For New York, McBride has only appeared in 16 games, including two starts, and he’s averaging 2.4 points per game on 28 percent shooting. Of course, this is only averaging 8.9 minutes a game, so this is not indicative of his actual skillset.

At 21 years old, the young guard still has plenty of time to grow and develop, and with him being a second round pick, it’s not expected for him to get a lot of play time on a team with playoff aspirations.

However, things aren’t exactly going the team’s way this season, so McBride could find himself getting more minutes going forward. Without Rose, they might need to play him because Julius Randle doesn’t appear to be snapping out of his funk any time soon.

When Does Rose Return? 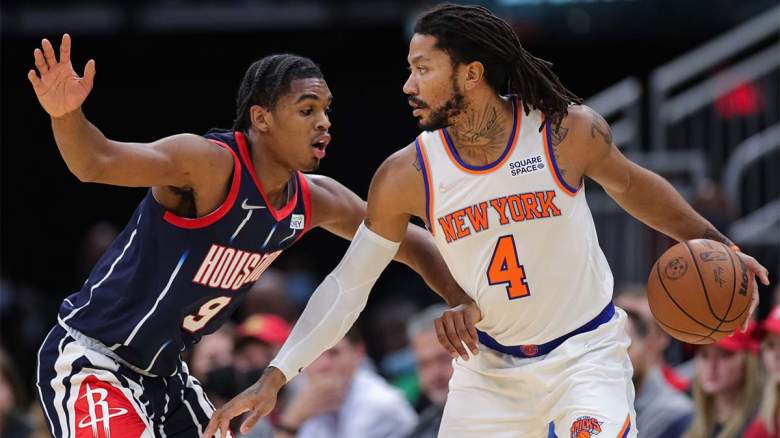 Before his injury, Derrick Rose was one of the Knicks’ best players in terms of plus/minus, so his lose has been greatly felt.

While he wasn’t the starter, he found himself playing a ton of minutes and he’s become a bit of a closer over the past several years, and that’s no different on the Knicks.

It’s looking like he’ll still be gone for a while, but he has returned to the Knicks for practices. His surgery was supposed to have him out for eight weeks, so we’re still looking at a February return for him.

Whether the Knicks are able to keep the ship afloat until then is another thing entirely, and the team actually did struggle when they had him, so he might not be the savior the team needs this season. There are rumors that they are looking at both Jerami Grant and Myles Turner as potential trade targets, so maybe the team can make an upgrade that way.

[ JOIN US ] I get paid more than $145 to $395 per HOUR for working online. I heard about this job 3 months ago and after joining this I have earned easily $23k from this without having online working skills . Simply give it a shot on the accompanying site…
Here’s what I do…………>>> http://Www.NETCASH1.Com