The New York Knicks are barely floating above .500 this season, so there are a bunch of improvements that could be made to the roster.

On paper, this year’s team is much better than last season’s team, mainly because they let Elfrid Payton go in exchange for Kemba Walker, but things haven’t panned out as of yet. There’s still a lot of season left to get things turned around, but they’ll have to do so fast if they want to make the playoffs.

Curiously, Obi Toppin isn’t getting a lot of work with the way the roster is constructed, and a lot of that might just come down to head coach Tom Thibodeau’s philosophy. He’s always been a coach who likes to lean on his veterans, so Toppin just doesn’t fit in.

It’s no secret that Toppin is a talented player, but he might be better suited on a different team if he’s not going to get a ton of playing time with the Knicks. Bleacher Report’s Zach Buckley believes that a couple of teams should have Toppin in their sights, and that could force the Knicks to let him go.

“Obi Toppin seems ready for more minutes than the Knicks can give him with Julius Randle blocking his path,” Buckley wrote.

Will Toppin Be Traded? 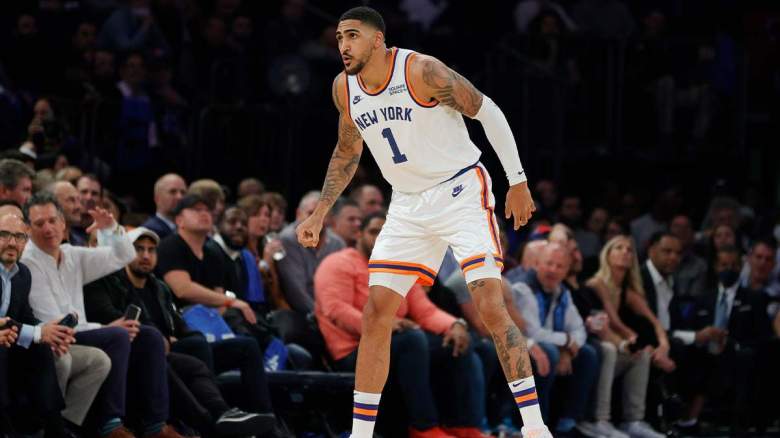 There can’t be many Knicks fans out there who would want to see Toppin flourish on another team, but it doesn’t look like he’s getting many opportunities on the Knicks as it stands.

A team where he could fit right in is the Charlotte Hornets. Led by upstart LaMelo Bell, there’s a lot of excitement around the high-flying team, and Toppin will fit right in there. It’s unclear what the Hornets would have to give up to get him, and what would they do with him if they did get him? Miles Bridges is looking very good this season, and he’s playing Toppin’s position.

It’d be strange to trade for a player to sit right on your bench, especially somebody with Toppin’s potential, but it could definitely still happen.

Thunder Are An Option 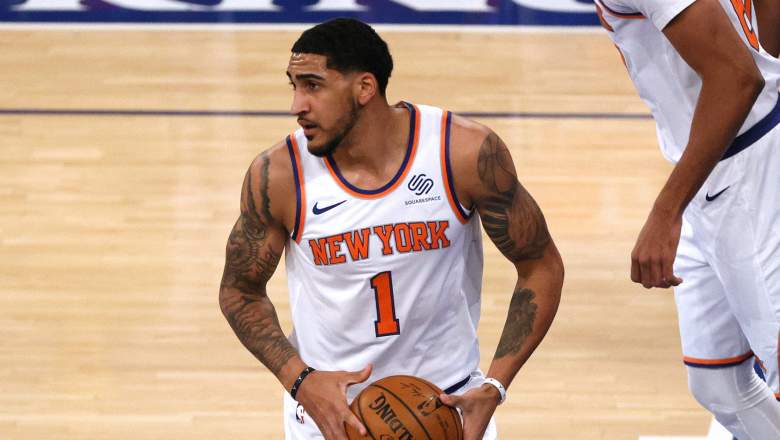 GettyNew York’s Obi Toppin Knicks looks on during a game against the Minnesota Timberwolves at Madison Square Garden on February 21, 2021 in New York City.

Another potential trade partner is the Oklahoma City Thunder. Toppin could factor directly into their rebuild and be paired with Shai Gilgeous-Alexander going forward. That pair could prove to be fearsome in a year or so, but that’s only if the Knicks pull the trigger on a trade.

There’s not really a whole lot of value on the Thunder’s roster that the Knicks would want, so unless there are draft picks being included here, it’s hard to imagine there being much interest in a trade here.

One thing’s for sure and it’s that Toppin could certainly benefit from a team that is more willing to give him minutes. He might eventually fight a more consistent spot in the rotation with the Knicks, but it seems like it’s going to keep on being an uphill battle.

His biggest issue is being stuck behind Julius Randle in the depth chart, but with more small-ball lineups being shown as of late, that might be Toppin’s ticket to getting big minutes. Only time will tell what the team has in store for him.

Loading more stories
wpDiscuz
0
0
Would love your thoughts, please comment.x
()
x
| Reply
Some other teams might have their eyes on the New York Knicks youngster.