The New York Knicks made a big move on January 13 by shipping out former lottery pick Kevin Knox and first-round pick in exchange for the Atlanta Hawks’ Cam Reddish.

Reddish, the former Duke teammate of RJ Barrett, all but fizzled out with the Hawks, but there is still optimism around the league that he can still blossom into a good player.

It helps that the Knicks gave up next to nothing to acquire him. Knox was a player that was clear not in the team’s future plans, so they let him go along with a first-round pick that wasn’t even theirs to begin with.

On paper, it looks like the Hawks got fleeced, and there are reports coming out that they initially asked for more back from the Knicks, but New York didn’t go for it.

SNY’s Ian Begley reports the Hawks wanted Quentin Grimes, a promising rookie for the Knicks, in exchange, but that never came to fruition. 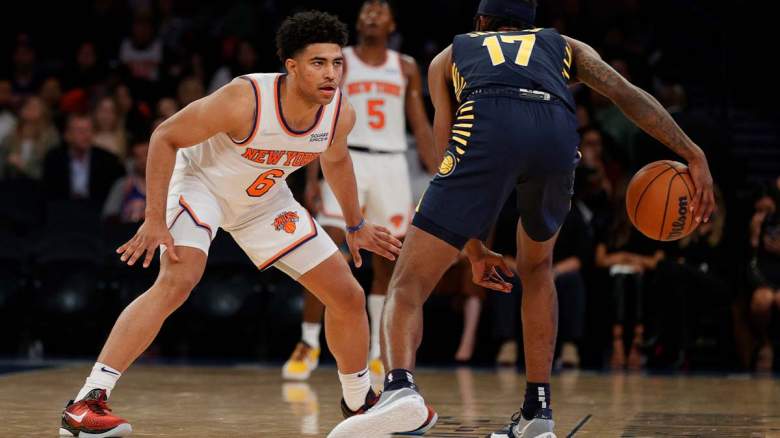 At just 21 years old, Grimes has a ton of upside and he’s shown plenty of flashes of that in his rookie season with the Knicks.

Appearing in just 24 games with New York, his playing time has been quite sporadic, but that’s to be expected with a late first-round pick. Since the Hawks were giving up one of their former first rounders, they likely wanted to get a valuable piece back in return, but instead had to settle for Knox.

Begley reports that some decision makers within the Knicks were opposed to letting Grimes go, so they managed to hang onto him. With Derrick Rose and Kemba Walker currently on the roster, it was always going to be tough for Grimes to get consistent minutes, but he figures to play a big role with the team in the years to come if they really fought this hard to keep him.

How Will Reddish Fit In? 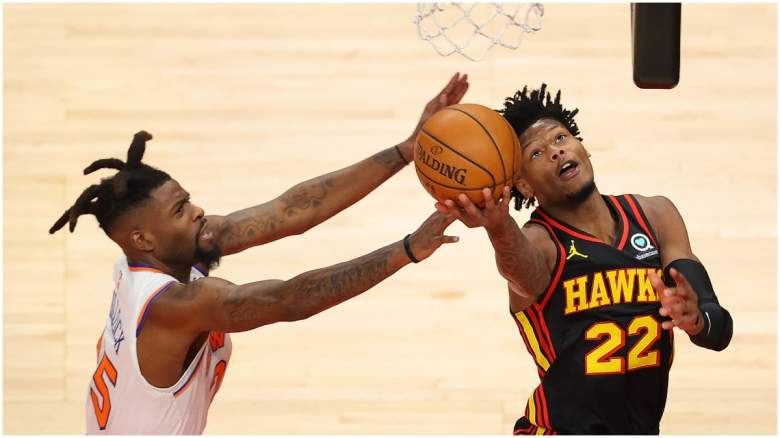 The big problem the Knicks have going forward, and it’s actually a good problem to have, is how Reddish is going to fit into the lineup.

By only giving up Knox in the trade, it didn’t actually free up any minutes for Reddish to fill. When Walker and Rose return from injury, there will be a lot of players who need playing time, but not nearly enough minutes available for them.

The Knicks traded for Reddish because they no doubt want him to be part of the team’s future, so they’ll want to find a way for him to play. This would mean somebody like Evan Fournier or RJ Barrett would have to play less minutes. It’s definitely a tough decision to make since Barrett is on fire and Fournier just signed a massive deal in the offseason.

When the point guards get healthy, it could be Alec Burks who finds himself as the odd man out. It’ll definitely be interesting to see what coach Tom Thibodeau decides to do because it doesn’t seem like there will be a way to keep everyone happy in this scenario.

[ JOIN US ] I am making a good salary from home $36580-$45065/week , which is amazing under a year ago I was jobless in a horrible economy. I thank God every day I was blessed with these instructions and now it’s my duty to pay it forward and share it with Everyone,
Here is I started.…………>> http://Www.NETCASH1.Com