The Taylormade Stealth driver combines innovative technology and a sleek design to deliver blazing speeds, maximizing distance and forgiveness out of the tee box.

The new Stealth drivers are highlighted by a lightweight carbon face that has been 20 years in the making for TaylorMade. It’s 40 percent lighter than a titanium face of the same size and larger than the previous TM drivers — the SIM2 and SIM2 Max.

There are three new drivers — Stealth, Stealth Plus, and Stealth HD. They are nearly identical when it comes to looks and the technology used, though with some minor differences which we’ll talk about below.

Here are the top features of the TaylorMade Stealth driver:

The 60X Carbon Twist Face features 60 layers of carbon designed to increase energy transfer for blazing golf ball speeds over a larger area of the face. The result is more distance and maximum forgiveness.

Compared to a titanium face, the carbon face is 40 percent lighter so you can expect faster club head speeds and added yardage off the tee.

The face is also 11 percent larger than the previous Taylormade SIM 2 and SIM 2 Max drivers. 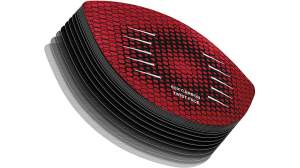 The 60X Carbon Twist Face is enclosed in a polyurethane cover, which is highlighted by inventive nanotexture technology.

This cover is designed to “fine tune launch and spin, optimizing total distance in all playing conditions.” 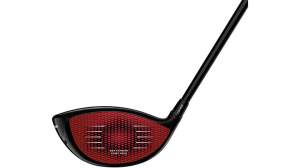 With all of the weight saved thanks to the 60X Carbon Twist Face design and the removal of the Sliding Weight Track (which is a feature of the Stealth Plus), more weight was able to be positioned low and deep in the club head which promotes extra forgiveness.

The Stealth has 15 percent greater Moment of Inertia (MOI) than the Plus model.

The unique shape is instrumental in getting optimal launch and more forgiveness, including on miss-hits. 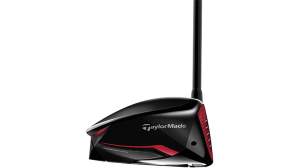 The Thru-Slot Speed Pocket is a staple in TaylorMade clubs now as one of their most innovative and effective creations.

It increases the flexibility of the sole and is designed to maximize ball speeds and provide added forgiveness on off-center hits, including low-face contact. 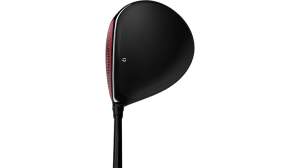 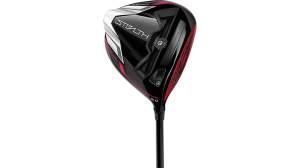 The TaylorMade Stealth Plus is the only of three drivers to feature a Sliding Weight Track. This 10 gram weight can be shifted, allowing you to get your preferred ball flight. Moving the weight toward the heel will get you more draw bias, while shifting closer to the toe provides more fade bias.

The Stealth Plus provides the lowest spin and launch of the three new drivers.

Get the TaylorMade Stealth Plus Driver

The TaylorMade Stealth HD Driver is the most forgiving of all the new clubs and the main difference is it’s the only one with a draw flight bias. The Center of Gravity (CG) is closer to the heel of the clubhead and it’s designed to help reduce slices and fades.

The HD provides the most spin and highest launch of the new Stealth drivers.

It’s available in a variety of shaft, flex, and loft combinations.

Get the TaylorMade Stealth HD Driver 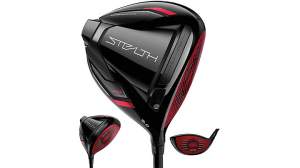 Read More
Golf, LPGA, PGA, PGA Tour, Shopping
wpDiscuz
0
0
Would love your thoughts, please comment.x
()
x
| Reply
The brand new TaylorMade Stealth Driver is due out soon. Keep reading here to learn all about it and find out how you can pre-order one.