The 2019 Academy of Country Music Awards, also known as the ACM Awards, airs tonight, at 8 p.m. ET/time-delayed PT, on the CBS network. Reba McEntire returns as the host of the event and there are a ton of high-profile performers set to take the stage. If you don’t have cable or can’t get to a TV, you can watch CBS live on your computer, phone or streaming device by signing up for one of the following cable-free, live-TV streaming services:

CBS (available live in select markets) is one of 85-plus live TV channels included in the main FuboTV bundle.

You can start a free 7-day trial of FuboTV right here, and you can then watch a live stream of the show on your computer via the FuboTV website, or on your phone (Android and iPhone supported), tablet, Roku, Apple TV, Amazon Fire TV, Chromecast or other supported device via the FuboTV app.

If you cannot watch the awards live, FuboTV comes with 30 hours of Cloud DVR (with the ability to upgrade to 500 hours), as well as a “72-Hour Lookback” feature, which lets you watch most shows up to three days after they air even if you forgot to record them.

You can sign up for “Hulu with Live TV” right here, and you can then watch a live stream of the show on your computer via the Hulu website, or on your phone (Android and iPhone supported), tablet, Roku, Apple TV, Amazon Fire TV, Chromecast, Xbox One, PlayStation 4, Nintendo Switch, Echo Show or other streaming device via the Hulu app.

If you can’t watch the show live, “Hulu with Live TV” also comes with both its extensive on-demand library (which has most shows available after they air) and 50 hours of Cloud DVR storage (with the ability to upgrade to “Enhanced Cloud DVR,” which gives you up to 200 hours of DVR space and the ability to fast forward through commercials).

Once you are signed up for both Amazon Prime and the CBS channel, you then can watch CBS live on your computer via the Amazon website, or you can watch it on your phone (Android and iPhone compatible), tablet, Roku, Amazon Fire TV, Fire TV Stick, Xbox One, PlayStation 4 or other streaming device via the Amazon Video app.

This service allows you to watch a live stream of your local CBS channel, as well as all of the CBS’ on-demand library. It is ultimately the same as the Amazon Prime option, only you’re watching through CBS’ digital platform rather than Amazon’s. You can sign up for a free 7-day trial, and then you can watch CBS live on your computer via the CBS website, or on your phone (Android and iPhone compatible), tablet, Apple TV, Roku, Amazon Fire TV, Xbox One, PlayStation 4 or other streaming device via the CBS app. 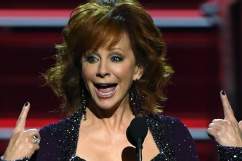 ACM Awards 2019 Date, Time & Channel: When Is the Academy of Country Music Awards on TV Tonight?

Now let’s get into tonight’s nominees. When it comes to some of the biggest awards, here are the nominations:

This year, country artist Jason Aldean is the recipient of the ACM Artist of the Decade award. In excitement, Aldean told Billboard, “I had no idea that I would be the next one in line to get that. It’s a really proud feeling for me and I really don’t think it’s going to all set in until we actually get there, and it all starts going down that night.” Aldean also said, “I didn’t even know that was coming up this year. It’s something that happens every 10 years, so you just don’t think about it. Over the last decade, I feel like we’ve had a pretty great run, but there are a lot of artists that have been out there that have as well. For me, I’m just a little shocked, a little surprised and extremely honored.”

Tune in to see Aldean perform, as well as pick up his honor. Plus, see the creative collaborations and other winners at the 2019 ACM Awards.