Bachelor in Paradise 2019 is in full swing, airing twice per week at 8 p.m. ET/PT and 7 p.m. CT, on the ABC network. Mondays and Tuesdays will air new season 6 episodes of the show and you may be wondering how you can watch the episodes online. If you don’t have cable, you can watch a live stream of ABC on your computer, phone, Roku, Fire TV, Apple TV or other streaming device via one of the following cable-free, live-TV streaming subscription services:

If you can’t watch the show live, “Hulu with Live TV” comes with both its extensive on-demand library (which has most new episodes available after they air) and 50 hours of Cloud DVR storage (with the ability to upgrade to “Enhanced Cloud DVR,” which gives you 200 hours of DVR space and the ability to fast forward through commercials).

Bachelor in Paradise has brought many familiar faces from previous seasons of BIP, as well as the most recent season of The Bachelorette. Some of the men appearing on the show, from Hannah Brown’s Bachelorette season include investment analyst Connor Saeli, tech entrepreneur Dylan Barbour, the infamous John Paul Jones, behavioral health specialist Kevin Fortenberry, political consultant Luke Stone, medical salesman Matt Donald, and fan-favorite Mike Johnson are all dipping their toes in the sand on BIP this summer. A few of the men are already on the show, while others will appear later this season.

This week, the cast members who enter Paradise are women and one of them is the woman who Demi Burnett was dating prior to the start of filming. Fans will have to wait and see how this affects the relationship she has been building with Derek Peth on the show. The current women left on the show include Demi, Caelynn, Hannah, Nicole, Katie, Sydney, Tayshia, and Kristina. As for which former Bachelor cast members enter Paradise this week, they include Tahzjuan Hawkins (Colton Underwood’s season), Haley Ferguson (Ben Higgins’ season), Jen Saviano (Ben Higgins’ season, season 2 of BIP), and Caitlin Clemmens (Colton Underwood’s season).

The BIP plot synopsis for tonight’s episode, which is episode 5 of season 6, states, “One disheartened woman decides to make an early exit; Hannah G. must choose between Blake and Dylan; a woman uncovers an embarrassing secret.” Episode 6’s description reads, “Demi tells Chris how conflicted she feels; a new arrival has her designs on Chris; Demi reconnects with the woman she left behind.”

Last week, cast members Christian and Jordan got into a physical fight and their fight will continue on tonight’s show. As viewers know, physical fighting is grounds for dismissal from the show, which means this is probably the end of the line for both men on the show, at least for this season. On a past season, cast member Chad Johnson was kicked off of BIP and perhaps that has something to do with his recent Twitter rant about the show, as reported by Cosmopolitan. In one of his many tweets he even blamed former cast member Daniel Maguire for his departure from the show. Johnson wrote, “Just want to take a moment to remind people that Daniel Maguire is the real reason I was kicked off Bachelor in Paradise. Daniel was riding my coattails, he destroyed those coattails, and now he’s gone on to do jack shit with his life. Suck it Daniel you dumb maple syrup slut.” 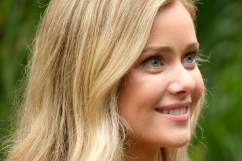 Read More
Bachelor In Paradise, Reality TV, TV
Week 3 of Bachelor in Paradise 2019 is here. Get the rundown on how to watch new BIP season 6 episodes online, as their air live, via cable-free streaming.