Teen Mom 2 is airing on MTV 2sdays and the show is back with all-new season 9 episodes, making their way slowly into season 10. The premiere airs on the MTV network, on September 10, 2019, at 7:59 p.m. ET/PT and 6:59 p.m. CT, but, not all viewers have a TV. For those without cable or without MTV included in their cable package, you may be wondering how to watch the show. If you don’t have cable, you can watch a live stream of MTV on your computer, phone, Roku, Fire TV, Apple TV or other streaming device via one of the following cable-free, live-TV streaming subscription services:

MTV is one of 95-plus live TV channels included in the main FuboTV bundle.

You can start a free 7-day trial of FuboTV right here, and you can then watch a live stream of MTV on your computer via the FuboTV website, or on your phone (Android and iPhone supported), tablet, Roku, Apple TV, Amazon Fire TV, Chromecast or other supported device via the FuboTV app.

MTV is included in Philo’s main 58-channel bundle, which is the cheapest among all streaming services if you plan on keeping it long-term.

You can start a free 7-day trial of Philo TV right here, and you can then watch MTV live on your computer via the Philo website, or on your phone (iPhone supported), tablet, Roku, Amazon Fire TV, Apple TV or or other supported device via the Philo app.

MTV is included in the “Comedy Extra” add-on, which can be added to either the “Sling Orange” or “Sling Blue” base channel package.

You can start a free 7-day trial of Sling TV right here, and you can then watch MTV live on your computer via the Sling TV website, or on your phone (Android and iPhone supported), tablet, Roku, Apple TV, Amazon Fire TV, Chromecast, Xbox One or other streaming device via the Sling TV app.

In addition to the above streaming options, fans can catch up on season 9 episodes of Teen Mom 2 up for purchase on Amazon or for cable-users on MTV.com.

If you would like to know more information about the show, along with episode descriptions and cast details, read on below.

“Teen Mom 2” Season 9 Cast Update: Jenelle Evans, her husband, and mother have all been let go from the series. Jade Cline is Evans’ replacement, though she does not consider herself a replacement, as she says she has her own story to tell on the show, according to TMZ. Cline previously appeared on the MTV docuseries Teen Mom: Young and Pregnant with her daughter Kloie Kenna Austin and ex-boyfriend Sean Austin.

In an interview with Pop Culture Cline said that she feels honored to be a part of the long-running hit show’s cast and also said, “I feel like this show’s been on for a long time, and I’m super surprised and happy people felt so highly of my story. I feel like everyone seems really happy … I feel like people appreciate how humble I am. I’m not stepping on anyone’s toes.” She continued, “Overall, I’m really excited for people just to watch the whole season and take away that I have grown and turned into such a great person and good woman, and I feel like I’ve been a great mother.”

“Teen Mom 2” Season 9 Episode 19: This is where the show picks back up, airing on September 10, 2019. The episode is called “Hey Girl Hey” and the plot synopsis reads, “Jade joins the cast but trust issues threaten an important anniversary with Sean; Briana allows Devoin to take Nova for the weekend; Leah and Jeremy get flirty in New York.”

“Teen Mom 2” Season 9 Episode 20: “Welcome to the Jungle” is the title of episode 20, which is set to air on September 17, 2019, and the episode description states, “Briana confronts Devoin in New York; Jade tries to smooth things over with Sean before moving into their new house; Leah and Kailyn vacation together in Costa Rica; Chelsea and Cole consider a new opportunity.”

“Teen Mom 2” Season 9 Episode 21: Episode 21 is set to air on September 24, 2019, and the title is “Direct Message”. When it comes to the episode synopsis, MTV’s official description reads, “Leah faces another health scare with Addie; Jade and Sean reach a boiling point, forcing her to move out; Briana is torn when she gets a suspicious message about John; Adam surprises Aubree; Lux’s father puts Kailyn in a difficult situation.” 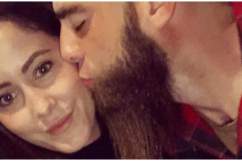 Why Did Jenelle Evans Call 911 on Husband David Eason?

Read More
Reality TV, Teen Mom 2, TV
New episodes of Teen Mom 2 are here. Get the rundown on how to watch tonight's premiere online via live streaming, as the show goes from season 9 to 10.