Since last year, Facebook’s plan has been to sell video ads in its users’ newsfeed on mobile apps and on the web. Recent news shows Facebook is still working on its video ad product, and will be coming soon to your newsfeed. Here are 5 fast facts you need to know about Facebook video ads in your newsfeed.

1. Facebook Will Be Adding Video Ads to Your Newsfeed


Back in December of 2012, rumors started to begin that Facebook had plans to unveil video ads by April. The video ads will be 15 seconds long and will be for Facebook’s desktop and mobile newsfeed. According to AdAge, Facebook is attempting to attract advertisers that buy TV ads. Facebook’s desktop version will be hit with the video ads first, and will then be rolled out to mobile. Ads are expected to expand out of site’s newsfeed on desktop version to get user’s attention.


During a recent keynote speech at Standford Future Of Media Conference, David Fischer, Facebook VP of Business, talked about how he admired YouTube video ads, “You know I think YouTube has moved in the right direction by putting more control in the user’s hands, with the five-second TrueView thing,” Fischer said.


According to executives over at Facebook, video ads will start playing automatically. Facebook is still debating whether or not they should give the option to mute the video ads.

5. Facebook Video Ads Will Arrive By Midsummer
Rory Maher, an analyst at Hillside Partners says, Facebook is already in the process of beta testings its new video ad product. According to Maher, advertisers will be able to distribute video posts. 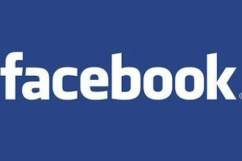