1. The Galaxy Note 8.0 is a Lightweight Device


Larger than a smartphone, this metallic-looking plastic tablet is 8mm thick. The corners are rounded and the stylus tucks into a slot on the lower right. Want to do video calls? Sure, do this with the 1.3 megapixel front camera. Feel like showing off a great view when you are travelling? Aim the 5 megapixel back camera that sticks out like a small bump and select Photo Sphere, a panoramic picture mode, to stir maximum envy in your friends.


You can control set top boxes and devices that aren’t part of the Samsung brand with the Galaxy Note 8.0 IR Blaster. The tablet’s port, with the help of Peel app, allows the user to select tv channels and beam video content with AllCast. This is similar technology to the HTC One Sense TV app for smartphones.


Air View, AllShare Play, Cast, Popup video, Multi-window and Smart Stay are just some of the built-in apps for this tablet. Memo, Diary, and Must-remember lists are part of the Awesome Note app with excellent handwriting recognition using the S Pen stylus. The pin of light from the stylus reduces annoying accidental clicks caused previously by clumsy fingers. The S Pen interfaces with the screen as well as plastic buttons. Use the precision stylus to select and expand a tile or to preview an article headline on Flipboard, a content aggregation app with the look of a magazine.


The Galaxy Note 8.0 features a powerful 1.6 GHz A9 quad-core processor, runs on Jelly Bean 4.1.2 operating system, and has 2MB of RAM for internal storage. Users can expand storage with micro SD slots for its 16GB and 32GB models. The Galaxy Note 8.0 screen resolution is 1280×800 pixels. This Samsung tablet has been compared to the iPad mini in screen size. Samsung hopes that consumers will be impressed by the tablet’s 189 pixels per inch resolution compared to iPad mini’s 163 ppi. The Galaxy 8.0 also has an adjustable setting for ereading so that the display provides contrast that is comfortable on the eyes for longer periods. Samsung says it was designed to be like a personal notebook or diary and that it is the perfect size for you to take anywhere.


5. The Galaxy Note 8.0 Will Be Available Worldwide in 2013 Q2.
The U.S. version differs slightly from the international 3G version because the U.S. edition will rely on WiFi. The international edition will feature LTE or HSPA. Galaxy Note 8.0 pricing is rumored to be the same or less than an iPad Mini. The pricing has not been released. However, experts anticipate that it will cost $329. 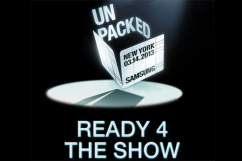