Samsung will unveil its flagship Galaxy smartphone in New York City on March 14th, 2013. This will be the first launch in the U.S. for the Galaxy in over three years.  Samsung mobile chief JK Shin, said in an interview with eDaily, “We were bombarded with requests from U.S. mobile carriers to unveil the Galaxy S IV in the country.”

What do you want to see in the Galaxy S IV? 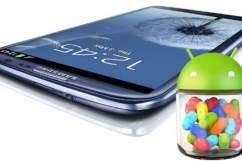