Andrew Auernheimer, aka ‘Weev,’ a convicted hacker, was sentenced to 41 months in federal prison for collecting over 100,00 email addresses and sharing the information with the website Gawker, which later published all of the information.

According to Rebecca Carmichael, a spokeswoman for the U.S. Attorney’s office in Newark, NJ, Auernheimer was ordered an additional three years of probation and will need to pay $73,000 in restitution to AT&T.

Prior to the sentencing hearing, Auernheimer stated, “I’m going to jail for doing arithmetic.”

The night before his sentencing, Auernheimer participated in a Reddit AmA where readers got to ask questions. Some of the reactions were hostile. A commenter said “Everybody who thinks Weev is some kind of hero is getting played by a sadistic sociopath who has spent most of his adult life anonymously inflicting misery on people as entertainment.”

Auernheimer wrote back “My regret is being nice enough to give AT&T a chance to patch before dropping the dataset to Gawker. I won’t nearly be as nice next time.”

Auernheimer doesn’t regret his actions, and plans to appeal the court’s decision. 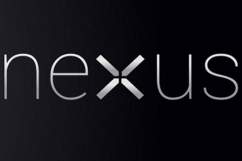