Today, Andrew Auernheimer, also known by his internet pseudonym Weev, was sentenced to three and a half years in prison with three years of supervised release. Weev was found guilty last November for one count of identity fraud and one count to access a computer without authorization. Weev is best known as being the hacker behind the infamous AT&T hack of 2012 that granted him access to private iPad information through an AT&T security hole. Here are top ten facts you need to know about the hacker.

1.The Media Describes Andrew Auernheimer As a Internet Troll
The media describes ‘Weev’ as an “Internet Troll,” which is someone who looks forward to arguing with people on the internet in chat rooms or message boards. Andrew’s goes by the nickname ‘Weev’ online.

3. Auernheimer Created a Script Called the “Account Slurper” to Attack AT&T Servers
According to the FBI.gov, Andrew Auernheimer created the “iPad 3G Account Slurper,” a script that was used to deploy against AT&T servers. Between June 5th-June 9th, 2012, The Account Slurper attacked AT&T servers and stole close to 120,000 email addresses from iPad 3G users. After Andrew was successful in obtaining the personal data, he shared it with the website Gawker, which they then published. The list included celebrities such as Diane Sawyer, New York Mayor Michael Bloomberg and Rahm Emanuel. The list also included top executives from New York Times, Conde Nast, Time Warner, Dow Jones and HBO etc.

4. Someone Hacked Into Goatse Security’s Website
Someone hacked into the Goatse Security website to extract the information from the iPad owners. The attacker also left a message saying, “In cracking this site, I have sent specially crafted requests to the server with my browser ID spoofed to that of an iPad. Please know that while this was not instrumental in this wondrous crack, it _WAS_ poetic in many ways. I also gave Goatsec the same warning that they gave AT&T… none at all, to patch their gaping hole.”

5. Auernheimer Says He Hacks to Ruin Lives
In an interview with Time Magazine in Auernheimer said, “I hack, I ruin lives, I make piles of money.” Auernheimer says he was responsible for hacking Amazon and Live Journal.

7. It Took the FBI Over Six Months to Start the Investigation
The FBI really dragged their feet to begin the investigation. Once the investigation was complete, Auernheimer was arrested in his hometown of Fayetteville, Arkansas on Jan 18th, 2012. The FBI also arrested Daniel Spitler, one of Andrew’s partners at Goatse Security.

8. Auernheimer participated in a Reddit AmA the Night Before His Sentencing
Auernheimer participated in a Reddit AmA where readers asked him questions on the popular site. Some of the reactions were hostile. A commenter said “Everybody who thinks Weev is some kind of hero is getting played by a sadistic sociopath who has spent most of his adult life anonymously inflicting misery on people as entertainment.” Auernheimer wrote back “My regret is being nice enough to give AT&T a chance to patch before dropping the dataset to Gawker. I won’t nearly be as nice next time.” Auernheimer doesn’t regret his actions, and plans to appeal the court’s decision.

10. Auernheimer Will Face 41 Months in Prison
Susan D. Wigenton, a U.S. District Judge, sentenced Andrew to 41 months in prison. Auernheimer was also ordered an additional three years of probation and will need to pay $73,000 in restitution to AT&T. The charges are based on violation of the Computer Fraud and Abuse Act (CFAA). Auernheimer doesn’t regret his actions, and plans to appeal the court’s decision. 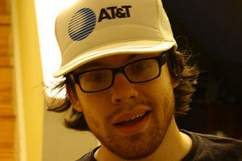 Andrew ‘Weev’ Auernheimer Sentenced to Over Three Years in Prison