Today, Google launched a new instructional series called ‘Help For Hacked Sites,’ which promises to help webmasters protect their sites from being hacked, or how to recover from an attack.

The beginning part of the series is aimed for those that are less tech-savvy, while later sections are geared towards more advanced webmasters who are competent with tasks such as entering commands in a terminal. The series consists of a collection of instructional videos and articles related to being hacked, working with third-party web security specialists, and working with hosting companies to recover from attacks.

If you run a web site that you may fear is vulnerable to an attack, or have recently experienced a malicious attack to your site, this Google resource should be the first place you turn to. 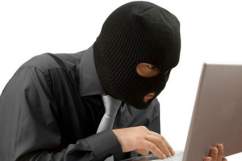 A Timeline of Companies That Have Been Hacked In 2013