Rumors about Apple’s next iPhone are continuing to flood the internet with speculations as to its name and features. Dubbed as the iPhone 5S, the new iPhone is said to be NFC-enabled and will come with a fingerprint sensor.

The speculations about these features stem from Apple’s acquisition of AuthenTec, a company that developed a new Smart Sensor technology, in 2012, as well as reports of Chipbond, a Chinese component maker, getting orders of several components from Apple, one of which are chips that support NFC and a fingerprint sensor including the touch display driver.

It has been speculated that Apple would eventually adopt NFC technology onto the iPhone starting with the iPhone 5. Unfortunately, despite many rival smartphone makers, including Samsung, HTC and Sony, putting NFC into some of their models, Apple did not, which almost certainly meant that the prospective payment system would have to struggle along before gaining traction and users.

If Apple endorses NFC on its new iPhone, NFC will very likely become reality with iPhone becoming a springboard for more adoption.

The inclusion of a fingerprint sensor will be interesting and many people are hoping to see something groundbreaking on how Apple intends to use and integrate this technology into the iPhone. Some have speculated that the sensor will be placed somewhere beneath the home button, which would make it cutting-edge and difficult for other platforms like Android to replicate. This would mean that users will more easily authenticate their identity while doing away with usernames and passwords. In addition, the fingerprint technology could be assimilated into app functionalities in many different ways. Only on an iPhone would such a sensor prove truly instinctual and effective as opposed to other devices which usually include several mechanical buttons compared to Apple’s home button.

We cannot be sure which of the features will be included in the iPhone 5S, or even if the next iPhone will be called iPhone 5S or iPhone 6. We certainly hope that it packs these powerful functionalities. Which of these features would you like to see on the next iPhone? Is a fingerprint sensor something that you would use or make you buy the new iPhone? Let us know in your comments below. 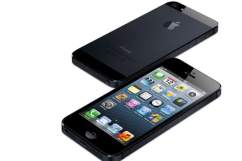 Apple Almost Called the iPhone “TelePod” and Other Strange Names