After Facebook revealed its new news feed yesterday, it’s no surprise for leaked specs to surface about HTC’s Facebook handset. According to the Unwiredview.com, HTC’s new Facebook phone will be codenamed the HTC Myst.

The HTC Myst will have a 4.3-inch screen and will have a 1.5GHz dual-core MSM8960 SoC processor from Qualcomm, 1GB of Ram, 16GB of internal storage, 720p resolution, 1.6MP (front-facing camera), 5MP (rear camera) and will run on Jelly Bean 4.1.2. According to the UnwiredView.com, the HTC Myst will be available in the U.S. sometime this Spring.

The HTC Myst will automatically come with Facebook installed and will also include Facebook Messenger and Instagram. HTC plans to target this phone to the younger demographic of the mobile-first generation. 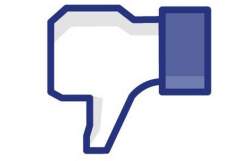