Microsoft announced today that they will be hold their annual BUILD conference, usually reserved for developers, on June 26-28, 2013 at the Moscone Center in San Francisco. In a post on the official Microsoft blog, VP Steve Guggenheimer wrote extensively on Microsoft’s plans for BUILD 2013.

I’m pleased to announce and personally invite you to our next developer conference, Build 2013, which is taking place June 26-28, 2013, at the Moscone Center in San Francisco. It’s been a while since our last developer event in the Bay Area, and we’re looking forward to a fantastic gathering. 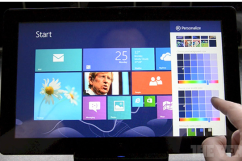 The wording in the blog post was very interesting and hinted at some new changes. Among them include an apparently closer integration between all Windows devices, including computers and mobile devices, like tablets and smartphones. “Our product groups are also taking a unified planning approach so people get what they want,” Shaw said. “All of their devices, apps and services working together wherever they are and for whatever they are doing.”

It also seems like this annual refresh cycle won’t be a one-time deal — Microsoft plans to stick with creating timely updates for their software. “This continuous development cycle is the new normal across Microsoft,” Shaw wrote in his post. “We’ll tune everyday experiences as well as introduce bold, connected and exciting new scenarios.”

Considering that the BUILD developers conference is in June, and that copies of Microsoft’s Windows Blue are already available on file sharing websites, it’s easy to assume that we may see Windows Blue at the annual BUILD conference. It’s hard to say how “developed” the operating system is yet, but according to The Verge’s hand-on with Windows Blue, it seems pretty far along.