Google acquired Motorola Mobility back in the summer of 2011 for $40 a share, or $12.5 billion total. Since then, Motorola Mobility and Google haven’t really pushed out any major products, which spurred rumors that Google purchased the company to protect its Android ecosystem and mobile products from lawsuits, since Motorola Mobility has a huge number of mobile patents.

However, Google maintains that the company is preparing to capitalize on the Motorola Mobility acquisition beyond Motorola’s patents. The biggest rumors that indicate Google may be taking the next step toward hardware development surround the Motorola X. But what exactly do we know about the Motorola X’s release date, potential features, and alleged hardware specs? We’ll try and sort which rumors could be real and which rumors are false.

Remember: We’ll be updating this post when more news about the Motorola X breaks, so be sure to come back!

1. The Motorola X May Have Been Confirmed in a Job Posting
As we previously reported, a LinkedIn job posting may have confirmed the existence of the Motorola X. The listing was looking for a Senior Director of Product Management for a “next generations smartphone device.” The posting was very cryptic, probably because Google and Motorola don’t want to divulge much information, but it essentially confirmed that the phone was in development. 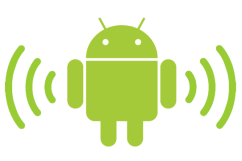 3. We May See the Motorola X as Soon as May
If Google does unveil Android 5.0 Key Lime Pie in May 2013 at the Google I/O conference, we should expect to see a new smartphone device from the search engine giant as well. The question is: What smartphone device will it be, the Motorola X or the Google Nexus 5? It’s hard to say, since there haven’t been any leaks or reports indicating one way or the other. However, it’s hard to assume that we can see the Motorola X so soon, considering Google posted a job opening looking for a senior member of the product’s development just a month ago. On the other hand, Google did acquire Motorola Mobility almost a year ago and hasn’t really done anything with it. If Google really wants to promote Motorola Mobility and its products, then Google I/O would be the perfect time to show off the Motorola X.

4. If it’s Unveiled at Google I/O, the Motorola X Might Be Available for Purchase in June
Google I/O is from May 15 to 17, 2013. While we may see the Motorola X, it’s doubtful that Google will actually be offering the new device until a few weeks later. According to CNet, the smartphone is expected to be released to the public on July 8, over a month after the Google I/O conference.

5. It May Have an Octagonal Design


According to patent applications filed by Motorola, the Google subsidiary could be working on an eight-sided smartphone device. Don’t worry, it doesn’t sound as bizarre as you think, as you can see from the patent image posted above. If the Motorola X does have eight sides, it’d be the first octagonal smartphone ever. The unique shape of the Motorola X could also help the device differentiate itself from other popular smartphones, like the HTC One, Samsung Galaxy S4 and the iPhone 5.

6. It Won’t Be A Nexus Phone
According to CNet, the Motorola X won’t be attached to the Nexus product line. The site didn’t clarify the statement, so it’s hard to tell why Google won’t attach the X to the Nexus line. It may be be because Google wants to differentiate the Motorola X from other Android devices. Google isn’t a hardware company necessarily, but clearly the tech giant wants to move into the manufacturing industry. Most Nexus devices are developed by Google with manufacturers like Samsung or LG, whereas the Motorola X will be developed by Motorola Mobility, a Google subsidiary.

7. It Could be the Beginning of an “X” Line
Digital Trends writes that the Motorola X could be the first in a long line of X products. The site cited the popularity of the Samsung Galaxy product line, which has produced popular smartphone, phablet and tablet devices. Having a dedicated name for a product line not only creates loyalty to the company, but to the brand (as long as they continue to produce innovate products) as well. Since the Motorola X doesn’t carry the Google name, or even the Nexus name, the higher-ups may not want to promote the brand as extensively.

9. It May Be Really Cheap
TechCrunch reports that Motorola and Google may be working to push the boundaries on smartphone pricing. The smartphone industry is notorious for its expensive prices. Usually, the prices for devices are subsidized by carries and are about $200 with a two-year contract. However, the TechCrunch report says that the Motorola X could be $200 without a contract, which would be incredibly cheap for a smartphone packed with state-of-the-art hardware specs and a brand new operating system.

10. It May Be Completely Customizable
One of the most interesting rumors surrounding the Motorola X says that the device could be completely customizable. Guy Kawasaki posted a question on his Google+ account asking, “Wouldn’t it be great if you could personalize your phone like you can with this?” and posted a link to a Youtube video of Porsche talking about customizing cars. According to UberGizmo, Kawasaki now works for Motorola, which means that this could be a hint from the company that they could be working on customizable phone that allows you to select the appearance and certain specs as well.