Nick D’Aloisio, a teenager from London has just become one of the world’s youngest millionaires after selling his app Summly to Yahoo for $30 million. Summly is designed to provide quick news stories for a generation constantly on the the go. Here are the top 10 facts you need to know about Nick D’Aloisio.

1. He’s the Youngest Person to Get VC Funding

In 2011, Nick D’Aloisio developed a prototype of his app, Summly, which received close to $300,000 from Horizon Ventures, which is a technology investment company owned by Li-Ka Shing. This makes Nick D’Aloisio the youngest person to get VC funding.

2. He Made Another App Called Trimit

Nick D’Aloisio also created Trimit, an early version of Summly that summarizes long content on the net, and summarizes it into 1,000,500, and 140 character summaries. Trimit was designed to fit onto mobile devices so you can share content over email, sms, Facebook, Twitter in .txt form by using a few clicks.

3. Ashton Kutcher and Friends Gave Him a Million Dollars

4. He Got Bullied by Gizmodo

The “app guy” over at Gizmodo made Nick D’Aloisio cry by completely removing his app from the Gizmodo’s “Best Apps of the Week.” According to Gizmodo, D’Aloisio had a meltdown. You can check it out here.

5. D’Aloisio Came Up With the Idea for Summly When He Was Doing Homework

While Nick D’Aloisio was doing homework at school he came up with the idea for Summly. “I was writing for my history labs and I was using Google and other search engines. The issue was you have all this info but there’s so much it’s hard to comprehend it, so summaries are perfect,” D’Aloisio said.

6. He’ll be Working for Yahoo While Going to School

(Photo Credit: Yahoo!)
D’ Aloisio said in an interview, “To me, Yahoo is the best company to be joining right now because it’s one of these classic Internet companies. With new leadership from Marissa Mayer, Yahoo has a strong focus on mobile and product, and that’s the perfect fit for Summly.”  While continuing his studies and living at home with his parents D’Aloisio will work at Yahoo!’s London office.

7. He Won’t Have Access to His Money Because He’s So Young

Because Nick is so young, his parents will be managing his finances. Nick’s dad is a energy financier, while his mother is a lawyer.

Summly, was launched back in November of 2012, within the first two hours of the its release, Summly took over the ninth slot in the App Store. Summly was awarded one of  Apple’s “Best apps of 2012.”

At the age of 12, D’Aloisio, taught himself how to write software. When he was just 15, he built the free iPhone app Summly that summarizes news stories for smaller screens in his bedroom in London.

Yahoo! didn’t disclose the terms with Nick D’ Aloisio, but the London Evening Standard said Yahoo! would pay anywhere between 20 million and 40 million pounds ($29 million to $58 million). Summly has been downloaded more than 200,000 times. 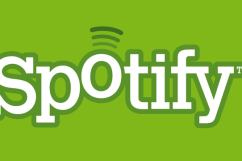