Twitter has updated its Android app to version 3.8 with new features that are meant to offer similar experiences that third-party apps were giving users. One of these updates is the “top tweets” feature which brings up significant tweets from the past when searching for specific topics.

Since enforcing the three “Rules of the Road” changes in the beginning of March 2013 that demand Twitter apps with over 100,000 users to work directly with Twitter, a lot of the third-party Twitter clients have announced how this will affect their operations. The new changes are also intended to get rid of scrapers and aggregators.

The updated version also includes much smoother animations in the “Discover” tab pull-to-refresh feature and the ability to see detailed replies to tweets.In order to further focus on future developments of its web app, Twitter also announced that TweetDeck, which it has owned and operated since 2011, will be closing down.Despite these recent updates, the official Twitter app is still a long way to offering a much cleaner and better experience compared to third-party apps like Carbon and Falcon. Let us wait and see if Twitter will eventually be able to offer the same user experience as these doomed apps. 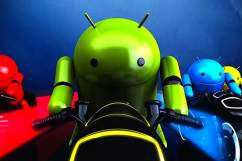