Pipar Jaffray analyst Gene Munster has been making all sorts of predictions this year from Apple releasing the iPhone 5S in August, to his latest report, stating that Apple is developing a digital wallet. According to Munster, Apple’s digital wallet will have payment option for iOS and could launch with the iPhone 6, or sometime mid 2014.

Apple has the option to use NFC Technology with the wallet, but will most likely use an existing mobile payment solution, since the company already has more than 500 million iTunes users with their credit card information on file.

In order for Apple’s digital wallet to be successful Apple would need to come up with a marketing plan that would include mobile advertisements from retailers and various advertisers says Munster. The analyst also says if Apple were to release a digital wallet they would really need to focus on security. Apple recently purchased AuthenTec a security provider which could provide fingerprint for its readers.

“If Apple can recreate the wallet, it would create tremendous stickiness in terms of iOS mobile products,” the analyst said in an investors note out today. 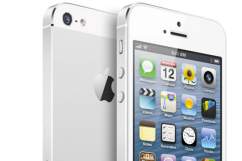