According to The Verge’s report, Apple will be launching its music streaming service dubbed “iRadio” this year, and will be rolling out the new system by Summer time. Apple has made a lot of progress when it comes to securing streaming rights with Universal and Warner, two of the major labels that represent popular artists. Here are 5 fast facts you need to know about Apple’s iRadio music streaming service.

1. Apple Could Be a Huge Threat to Pandora and Spotify


According to The Verge, recording industry sources are saying Apple is planning to launch a new music streaming service called “iRadio” by this Summer.  Over the last few years both Pandora and Spotify have built a pretty steady following with the music industry, giving music fans from all over the world access to libraries filled with hundreds and thousands of songs.  Since Spotify launched in the US, they gained over 23 million users, while Pandora has 54.9 active customers.  In comparison, if Apple launched its own music streaming service it could easily be built in with iTunes and other iOS systems, making the service available to over 400 million people. 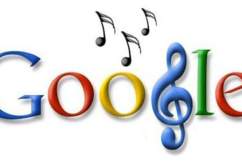 3. Apple Had Hopes to Launch iRadio By Now

More evidence has been found that Apple had hoped to launch iRadio by now: tech site 9to5Mac found a code that suggested a new “Radio” feature that will be activated at some point on iTunes for iPads and iPhones. You may already be familiar with Radio if you’re already using iTunes on a computer or iPod. The code also includes a “buy” button, so Apple may have some extra features for its music-streaming service hidden in iOS 6.1.

5. Apple is Making Progress With Some Big Music Labels
When rumors began surfacing about Apple launching its own music-streaming service, the company was having difficulties negotiating with record labels. Various reports are now stating that Apple has made plenty of progress with Universal and Warner, two of the top leading labels in the music industry.

“Much has been written about Apple’s plan to launch a Pandora-esque service this year. Now multiple music industry insiders have told The Verge that significant progress has been made in the talks with two of the top labels: Universal and Warner. One of the sources said “iRadio is coming. There’s no doubt about it anymore.” Apple is pushing hard for a summertime launch.”