LinkedIn, a professional-networking service, announced on Thursday that its buying Pulse for $90 million to expand into distributing content for users. Pulse was founded Akshay Kothari and Ankit Gupta in 2010, when they were students at Stanford University. Pulse the news reader apps allows readers to access news on their mobile devices. Here are 5 Fast Facts You Need to Know about LinkedIn buying Pulse.

1. LinkedIn Acquired Pulse News Reader App for $90 million
LinkedIn announced on Thursday that it has acquired mobile news reader app Pulse. AllThingsD reported the company is paying 90 percent in stock and 10 percent in cash for the application. Pulse has 30 million users and more than 750 publishers on its network. LinkedIn is looking to be a platform for distributing and consuming business related content.

2. Pulse News Reader App Was Founded in 2010
Akshay Kothari and Ankit Gupta founded Pulse News in 2010 when they were students at Stanford University. Pulse News is owned by Alphonso Labs Inc, and helps users access news on their mobile devices.

4. Pulse Made the App Free to Attract More Users
When Pulse was first released it cost $4.99. Later on it was reduced to $1.99 before making it a free app. By making the app free, Pulse wanted to attract more users, and paid partnerships with advertisers and publishers. The company also raised $800,000 in venture capital so they could run a profitable business.

5. Pulse App Will “Remain the Same”
According to Pulse News blog, the Pulse app will remain the same. “With LinkedIn by our side, our team will continue to make Pulse the best it can be. We’re still working together on the product you love, and will continue to provide an innovative and visual news reading experience. For now, the Pulse apps will remain the same, and our two teams are excited to work together to create cool and useful new offerings. 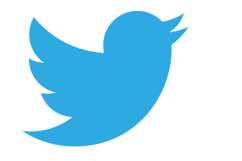